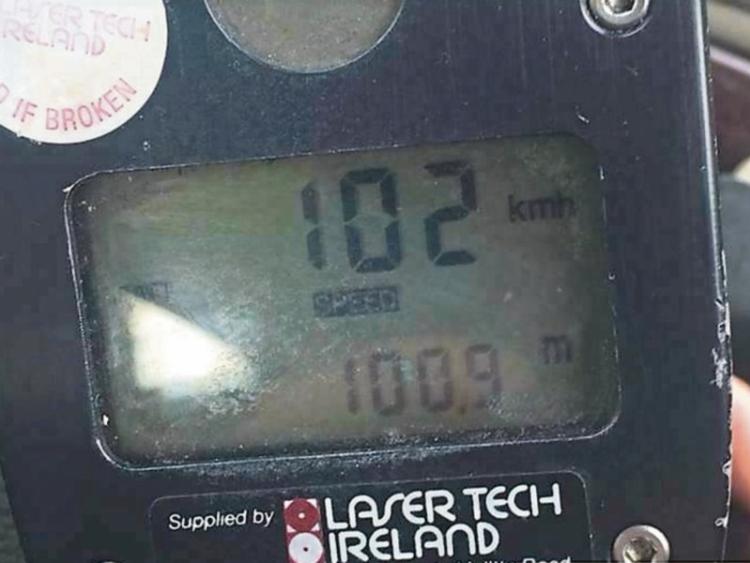 The vehicle was travelling at more than twice the speed limit

GARDAI are appealing to motorists to slow down after a vehicle was detected travelling at high speed through a village in County Limerick.

According to gardai, the offending vehicle was travelling at more than twice the speed limit when it was encountered at Banogue on the N20 between Croom and Rourke’s Cross.

Gardai say the detection was made at a busy time on Wednesday evening and that the behaviour of such drivers “seriously increases” the risk of someone being killed or seriously injured in a collision.

It’s not known if the driver was issued with an on-the-spot fine or if they will be prosecuted under the Road Traffic Act.