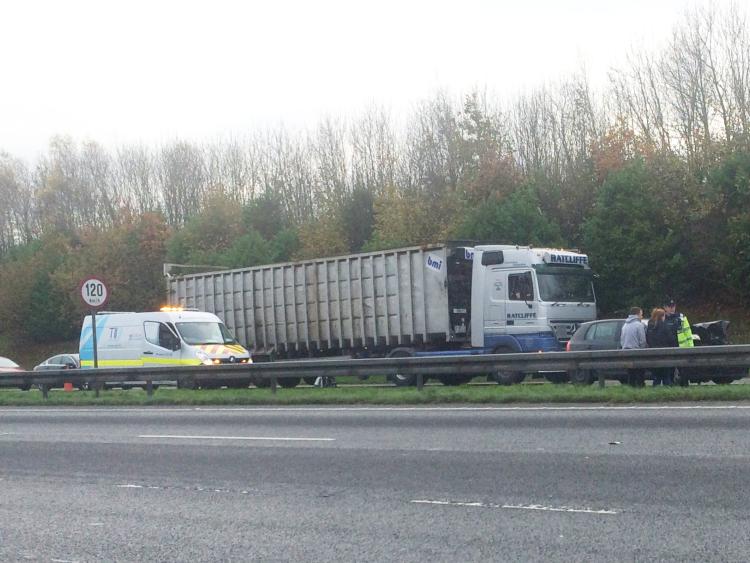 Gardai are at the scene of the collision on the M7 | Picture: Michael Cowhey

THE M7 motorway has fully re-opened following a multi-vehicle collision this Wednesday morning.

There were lengthy delays following the collision, involving up to four vehicles, which happened on the right-hand-lane of the southbound carriageway between Junction 29 (Ballysimon) and Junction 30 (Rosbrien).

Emergencey services including gardai, paramedics and four units of Limerick Fire and Rescue attended the scene although it was not necessary to fully close the road.

The scene of the accident has now been cleared and there are no reports of any serious injuries.

According to some earlier posts on social media, traffic was at standstill in the immediate aftermath of the collision.

Traffic at a standstill for the past 15 minutes

The collision happened near the scene of another multi-vehicle collision last week.