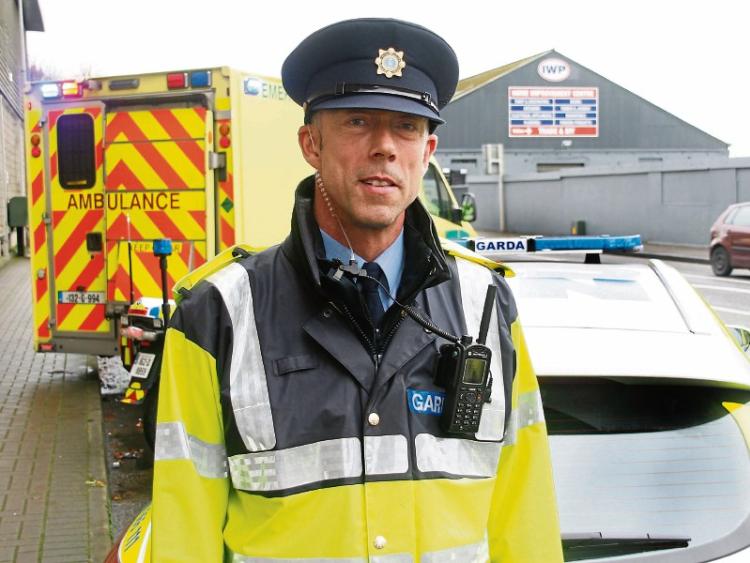 Inspector Paul Reidy: Gardai are concerned at the increase in incidents of drink driving during 2016

IMPROVING road safety and driver behaviour are likely to be key issues throughout 2017 given the dramatic increase in road deaths locally last year.

Fourteen people died following road accidents across the Limerick garda division during 2016 – an increase of 10 compared to 2015.

Road deaths across the country increased by 15% last year in the what the Road Safety Authority has described as a “very bad year”.

A number of road-safety initiatives were rolled out in Limerick late last year and these are set to continue during 2017.

New 30kph ‘slows zones’ came into effect in 30 housing estates across the city and county last month and Limerick City and County Council says there are plans to include more estates by the end of this year.

The head of the Limerick garda division, Chief Superintendent David Sheahan says while gardai will be out in force over the next twelve months, drivers must also take responsibility for their actions.

“To make our roads safer in 2017 drive carefully. Be conscious of speed limits, never drink and drive, stay off the mobile phone and wear your seatbelt - those are the four key things that are resulting in fatalities on our roads,” he said.

In addition to the 97 people who have died in road accidents in Limerick since 2009, dozens more sustained serious or life-altering injuries.

A major concern for gardai locally is an increase in detections of drink driving last year as well as people holding or using mobile phones while driving.

While gardai will continue to clamp down on driver behaviour during 2017, Inspector Paul Reidy of the divisional traffic corps is also appealing to people to ensure their cars are roadworthy.

“Make sure you keep it in a sound condition and get it checked, get your mechanic to check it over and make sure your tyres are right for this time of the year,” he said.