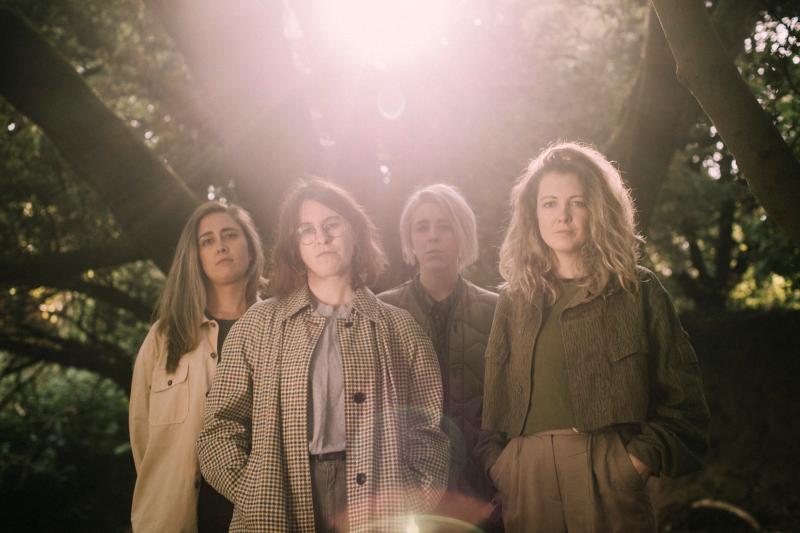 Pillow Queens (pictured), Bell X1, Maverick Sabre, and more to perform live at the Home of Guinness for the only Other Voices concert in Dublin this year

Bell X1, Maverick Sabre, Pillow Queens and more will perform live at the Home of Guinness for the only Other Voices concert in Dublin this year.
Other Voices and the Guinness Storehouse have announced the return of Other Voices: Home at the Guinness Storehouse concert on December 15 - this time with a live audience.
This follows on from their hugely popular first collaboration concert in 2020, a virtual event which collapsed distance and connected people at home and abroad.
Hot on the tails of its Dingle event, Other Voices travels to the capital for their only Dublin show this year. For twenty years, Other Voices has developed an unrivalled reputation for nurturing and supporting Irish musicians, making them audible and visible to the world.
This exclusive live event will showcase the cultural richness of Ireland and, crucially, provide a global platform for performers whose livelihoods have been severely impacted in recent times. The event will also stream live on the night at Othervoices.ie, bringing the soundtrack of home to those who remain abroad this Christmas season. Home at the Guinness Storehouse will also feature John Francis Flynn, Ryan McMullen and the Theodora Byrne Ensemble.
The evening event will be hosted by Loah, the singer songwriter and actor of Sierra Leonean / Irish origin, who will also perform on the night in a special collaboration. While studying at Trinity College Dublin, Loah has collaborated with Little Green Cars, Slow Skies, and I Have A Tribe, amongst others. She also contributed to Hozier’s platinum selling debut album, co-writing the song “Someone New”.
Speaking of her excitement to get back to the Guinness Storehouse Loah said “It’s a wonderful gift to be back in the Guinness Storehouse for another celebration of everything Other Voices Home means. While we are perhaps not where we hoped we would be in the world at this time, there is still much cause for celebration of everything we've been through, our nearest and dearest, and great music. I am honoured to host this year’s show.“
Home at the Guinness Storehouse will be presented in partnership with the Guinness Storehouse and with the support of Tourism Ireland who will highlight the concert around the world to its millions of fans and followers on social media.
The live event can be viewed virtually at 8pm on December 15. Tune in via Othervoices.ie and the Other Voices social channels.

GIVE A GIFT FOR CLIONA’S FOUNDATION THIS CHRISTMAS
Give a Gift for Cliona’s” is an exclusive way for people to buy unique experiences and other gifts for themselves, their family, friends, or colleagues for Christmas and at the same time supporting Cliona’s Foundation as part of our Christmas campaign to help raise funds to support families with seriously sick children.
This event offers the opportunity for you to get your hands on “money can’t buy experiences” and other experiences, packages, and gifts.
The packages will include “money can’t buy experiences” and other offerings such as holidays, hotel giveaways, recreational activities, signed jerseys, memorabilia etc. There is also an option to make a donation to Cliona’s on the website.
All of the packages on offer have been very generously donated meaning all of the monies raised will go to supporting families of children with a life limiting illness to help with the non-medical costs of caring for their child while either in hospital or at home
To get involved, visit the “Give a Gift for Cliona’s” website at www.clionas.ie

TO DO
SHOP LOCAL
Tis’ the season to support our local businesses. Plan to shop locally for Xmas gifts this week.

TO LISTEN
NIALLY – FOUR YEARS
22-year-old Kerry singer-songwriter is back with his third single. A powerful rock song with honest and relatable lyrics!

TO SEE
MUSICAL TREATS
Each Saturday from 11.30am to 1.30pm, Limerick City Centre Traders Group present a wonderful programme of music with local favourites Downtown Dixieland Band, gospel choirs and much more! Join in the musical merriment on Thomas Street as carol singers, bands, musicians, choirs, and drama groups from Limerick entertain Christmas shoppers and passers-by from the wonderfully quirky caravan stage on Saturday December 11 and Sunday, December 12.