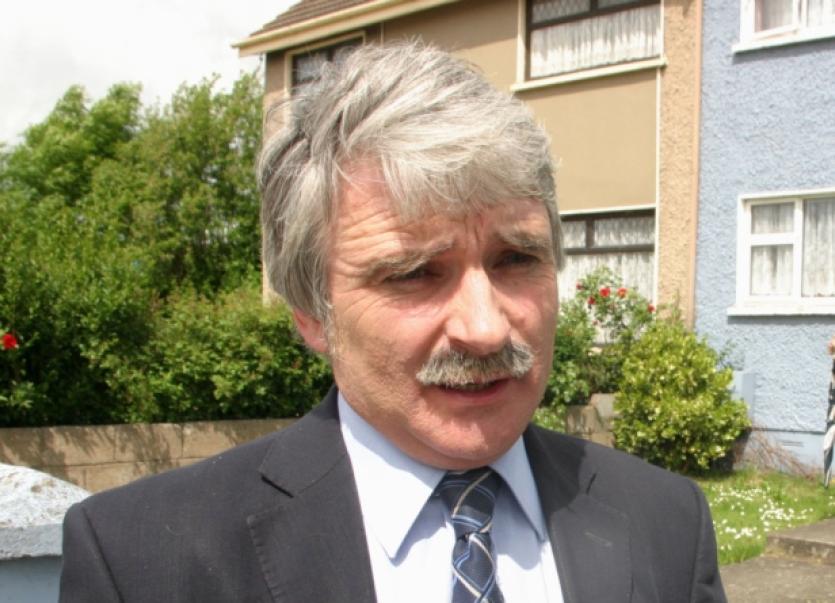 THE only Limerick politician to vote against the government’s abortion legislation has denied he performed a U-turn on the controversial issue.

THE only Limerick politician to vote against the government’s abortion legislation has denied he performed a U-turn on the controversial issue.

Former Defence Minister Willie O’Dea joined the majority of his Fianna Fail colleagues in voting against the Protection of Life Bill when it came before the Dail on Tuesday.

But this came after he previously said he would be backing the plans for abortions in limited circumstances.

Fine Gael’s Co Limerick TD Patrick O’Donovan had been rumoured to be considering voting against the Bill.

But he backed the legislation, saying that he “would have preferred not to be dealing with it”, but said it will make access to abortions more restrictive.

But the spotlight has fallen on Mr O’Dea, who decided against backing the legislation, because of a problem with the wording, which he feels will lead to “a liberal abortion regime in this country”.

He said the lack of a review clause in the legislation was the major reason why he joined four Fine Gael TDs and 12 of his own party deputies in voting no.

“I want the government to make the legislation work to try and ensure as far as we can that [a liberal regime] will not happen here, and there will be a proper review clause - that the Minister [Dr James Reilly] will have to do things by law.

Even if we believe the Minister now - and I don’t - he is not going to be Minister for Health for ever,” Mr O’Dea said.

In early May on RTE Radio’s {http://www.rte.ie/radio1/today-with-pat-kenny/Today with Pat Kenny|click here}, he confirmed he would be supporting the Bill, before changing tack on Tuesday.

Back then, he said: “At the moment, termination on the grounds of suicide is available as a result of the decision of the Supreme Court.

The legislation seeks to regulate that, and sets out a very carefully designed procedure. The Government is moving to legislate on a direction of a European court and we have to deal with that,” he said.

But he denied performing a turnabout, saying: “I initially said I agreed with the idea that we would legislate. But I wanted the legislation to be watertight - and it is not watertight. This is why I took this course of action.”

Mr O’Dea has received delegations from both pro-life and pro-choice campaigners, and stressed both made relevant points.

However, he said when he goes door-to-door, the issue of abortion is not uppermost in people’s minds.

“What people are talking to me about is unemployment, mortgages, people’s inability to survive one week to another. Abortion is not at the forefront of everyone’s mind,” he said.

He admitted he feels the sheer number of Fianna Fail TDs voting against the legislation could damage a thinking that his party are more progressive.

But he pointed out that they have been very forward thinking in other areas, including the issue of Dail reform.

If a review clause was put on the legislation, Mr O’Dea said he would be “well disposed” to backing the bill.

In the Dail last week, Mr O’Dea gave an early indication of his objection to the bill - and his distrust in Dr Reilly.

There, he said: “The Minister has said he will do A, B, AND C, but where is that in the legislation? We are expected to accept his word. I recall watching some black and white footage of the Kennedy-Nixon campaign in the 1960s, when the Democrats used a picture of Richard Nixon looking particularly elusive with the caption ‘Would you buy a used car from this man?’. I must say I would not buy a car from the Minister, Deputy James Reilly, if it came straight off the assembly line.”

The three County TDs who voted in favour of the bill have said they are not afraid of a backlash from pro-life voters.

Mr Neville, a long-time campaigner on suicide prevention and mental health issues, does not believe the three-phase approval process for abortion in suicidal women was too restrictive.

“I wanted a situation which was protective of live with as equal right as possible. I am happy with the restriction, even though some of my colleagues [in suicide prevention] are not. There should be a lot of restriction. I studied everything very carefully from early on. I had an open mind going into it, as I think everybody had,” he said.

Mr Collins said abortion is the “ultimate issue of conscience for some people.”