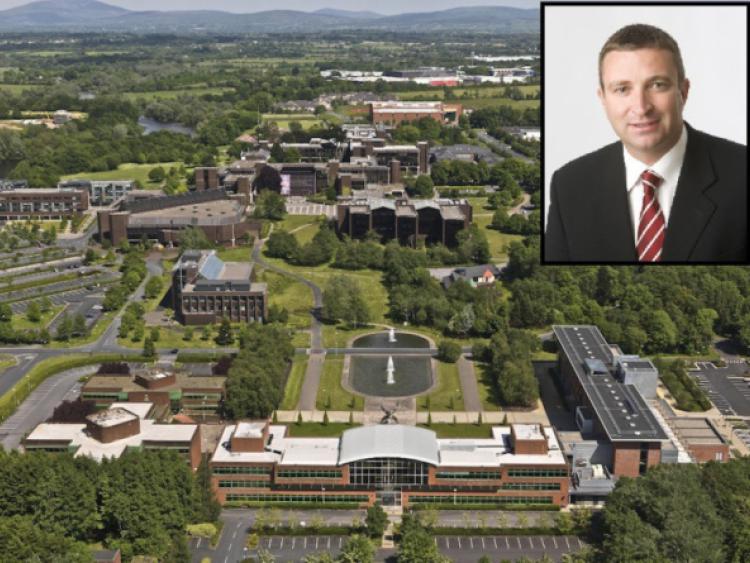 FIANNA Fáil TD Niall Collins has expressed his concern in the Dail that public money is being used by the University of Limerick to “gag” the Limerick Leader. UL has sued the paper and its editor, Alan English, over recent coverage of alleged “improper payments and expenses”.

FIANNA Fáil TD Niall Collins has expressed his concern in the Dail that public money is being used by the University of Limerick to “gag” the Limerick Leader. UL has sued the paper and its editor, Alan English, over recent coverage of alleged “improper payments and expenses”.

Last month, the Limerick Leader published a report on allegations made by two different - and suspended - employees. The university has said the allegations are false and the report is now the subject of a defamation action by UL.

UL has also applied for two injunctions and is seeking to have all stories concerning the allegations removed from the Limerick Leader website.

Further allegations made by a third whistleblower, a former employee of UL, were published in The Sunday Times last weekend. The university said in response that no evidence of wrongdoing was found when the matter was reviewed by the Comptroller and Auditor General and that there were no further queries or requests for further information from the C&AG or the Committee of Public Accounts.

Mr Collins stated that when he was first made aware of allegations of “improper payments and expenses” at UL, made by the former employee, he had sent the information to the Committee of Public Accounts in 2012.

The university’s High Court action, said Mr Collins, “is a very serious development because a State-funded university is using State funding to issue proceedings to gag the media, as I perceive it, on a serious issue of public interest.”

Speaking in the Dáil he said that he has spoken to a number of the former employees, adding that it is an issue that “merits proper discussion, scrutiny and investigation”.

“We must find out in the public interest whether there is a serious issue at stake, as many allege. One could say that given that so many whistleblowers have come forward to the Limerick Leader they cannot all be wrong.

“The issue merits serious scrutiny either through the Higher Education Authority [HEA], the Garda or whatever other appropriate agency.”

Deputy Collins added that there appears to be a “conflict” between protected disclosure legislation and the university’s confidentiality agreements that it had with the whistleblowers.

In response, Tánaiste Joan Burton said the University of Limerick is a very fine institution and it has provided first-class educational and development services to students, not only from Limerick but from the entire country.

“It is rightly recognised as one of our most outstanding third-level institutions,” she said. “It is important to say that about the university, which I have had the privilege of visiting on many occasions. In my experience as a former member of the Committee of Public Accounts, the remit would properly lie with it.

“If there are issues to be addressed of the kind mentioned by the deputy, ultimately, it is for the Comptroller and Auditor General and the Committee of Public Accounts. Were the deputy to approach the chairman of that committee and explain the urgency of the matter he has raised, the chairman might be able to facilitate him.”