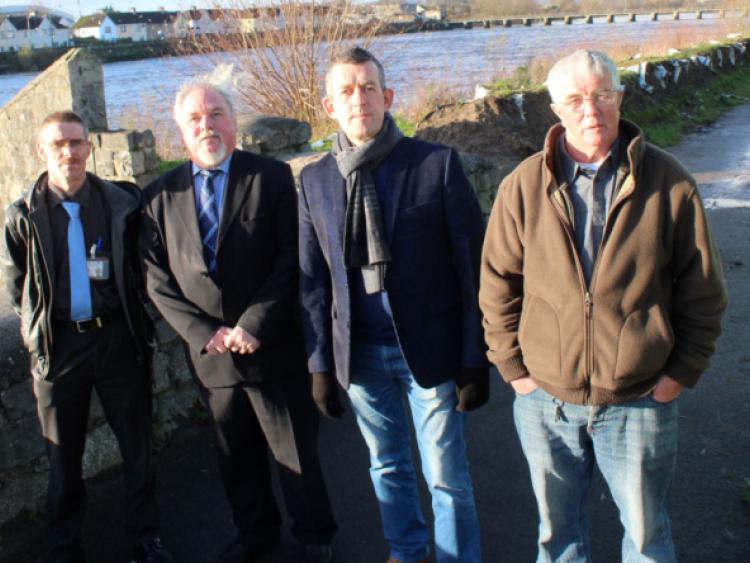 ST Mary’s Park residents have said a big thank you to Limerick people for the help they got in the aftermath of February’s devastating floods.

ST Mary’s Park residents have said a big thank you to Limerick people for the help they got in the aftermath of February’s devastating floods.

Some 169 residents affected by some of the worst flooding the city has ever seen have all received an early Christmas gift of around €300 after money donated by the public was given out.

It means a tough year for so many in the area will at least end on a high note.

Mary Hogan, Oliver Plunkett Street said she is overwhelmed with the support the area got from Limerick people, while Seanie Quinlivan, who chairs the residents committee, also paid tribute to the Limerick Leader for “its coverage, interest and encouragement.”

Limerick mobilised in the immediate aftermath of February’s floods, with people coming to the estate’s aid.

“You would not imagine, in this day and age, that so many people would come to the aid of strangers. We didn’t know them from Adam. But to think so many people could have taken it upon themselves to help us, we were so grateful,” Mary said.

Seanie praised the emergency services, civil defence the Irish Red Cross and the Limerick land search teams “who came to help and who supported us through a shocking experience we would not wish on anyone.”

Both he and Mary also identified previous residents of St Mary’s Park who came back to the estate to help the flood-ravaged community.

“There were so many people that I worry at missing someone out,” he added.

The floods took place during the first weekend of February on a 200-acre space of land.

Mary, who received €300 on Friday, said the funding means residents will start the year in much better shape.