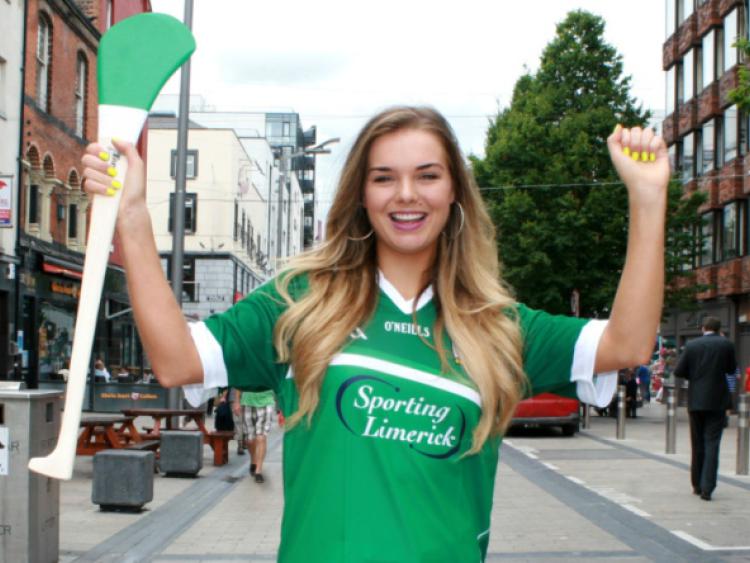 MISS Limerick, Grace Walsh has shown her county colours by donning the Limerick jersey ahead of Sunday’s titanic clash against Kilkenny.

MISS Limerick, Grace Walsh has shown her county colours by donning the Limerick jersey ahead of Sunday’s titanic clash against Kilkenny.

Like the hurlers, the 22-year-old beauty therapist from Rhebogue went to Dublin to represent Limerick with pride in the All-Ireland of beauty pageants - Miss Ireland.

Now she is backing the boys in green to do the business against the Cats!

Grace isn’t the only person to put on a jersey from Limerick Sports Store in William Street.

Store manager, Christy Williams says there has been a big pick-up in sales starting from before the Wexford game and continuing this week.

“We’ve had a very good run so far this week. All ages have been in to us. We have full stocks including the three different jerseys - green, white and blue - as well as the pink ones. The polo shirts have been very popular too,” said Christy.

He is well placed to gauge the mood ahead of the game.

“There’s a great buzz around, a very confident buzz. People are getting ready for Croke Park and we expect a busy few day coming up to Saturday evening,” said Christy.

A new addition, expertly modelled by Grace who at five foot eleven inches tall would be very handy on the pitch, is a hurley with a green bas.

“Sean Torpey in Sixmilebridge has made them for us with a green bas. It is special paint that doesn’t come off. They’ve been very popular with tourists,” said Christy.