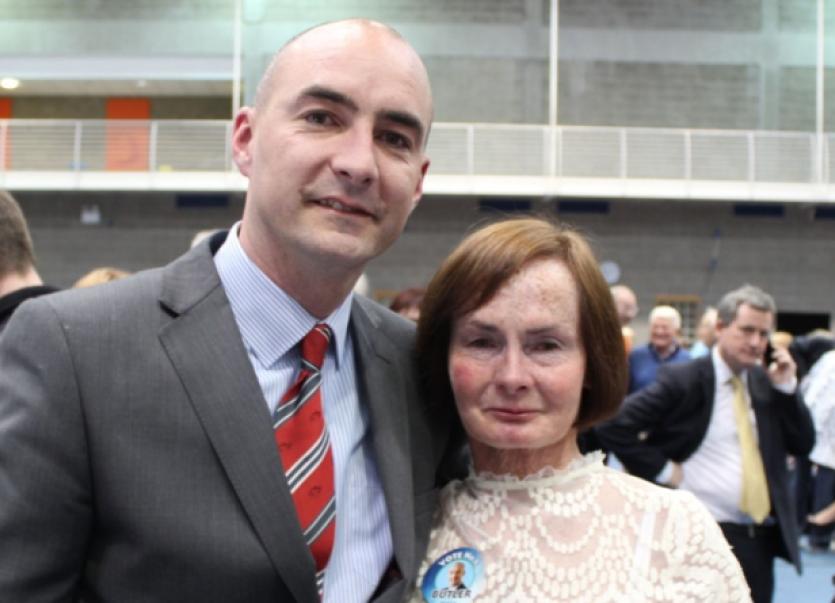 TWO sitting councillors may have lost out in Limerick City West but for new candidates Daniel Butler and Sean Lynch it was success at the first time of asking.

TWO sitting councillors may have lost out in Limerick City West but for new candidates Daniel Butler and Sean Lynch it was success at the first time of asking.

Cllr Butler was co-opted to the Fine Gael seat held by his late father Richard in February and, having held the seat on a difficult day for his party, there were emotional scenes at the count centre as he surpassed the quota.

Tears welled up and Cllr Butler pointed skywards as he was hoisted aloft by supporters.

“That’s dedicated to my father, Richard Butler. I know some people were saying I was getting a sympathy vote but I’d like to state clearly it was no sympathy vote. It was hard work by my team around me.

“I’m a new young councillor in this area and I an going to bring a new vibrancy to the Fine Gael party. We may have had a tough day but we will fight back and I intend to be a part of that,” he said.

Working as a drug education and prevention officer in Limerick showed he was somebody “with a conscience”. And as a business graduate, Cllr Butler hoped he would have appeal across a broad spectrum.

He promised to try to live up to his late father’s record of service in the area.

“He was an inspiration to me, obviously. I am the man I am because of my father. He was probably one of the leading political minds in the city and I think they will admit to that across the parties.

“He was one of the best campaign managers and led Michael Noonan’s campaigns over many years and I think Michael Noonan’s performances are testament to that. I think I learned an awful lot from him in that regard,” he said.

The former garda detective admitted it was a close-run thing and commiserated with Mr Kilcoyne.

“We might both have got elected on another day,” said Mr Lynch.

He was happy to be part of “a group of six Fianna fail councillors” who are the biggest political grouping in Limerick city.

Mr Lynch thanked his campaign team and family, including son Kelvin who delayed college exams in Waterford to help his father get elected.