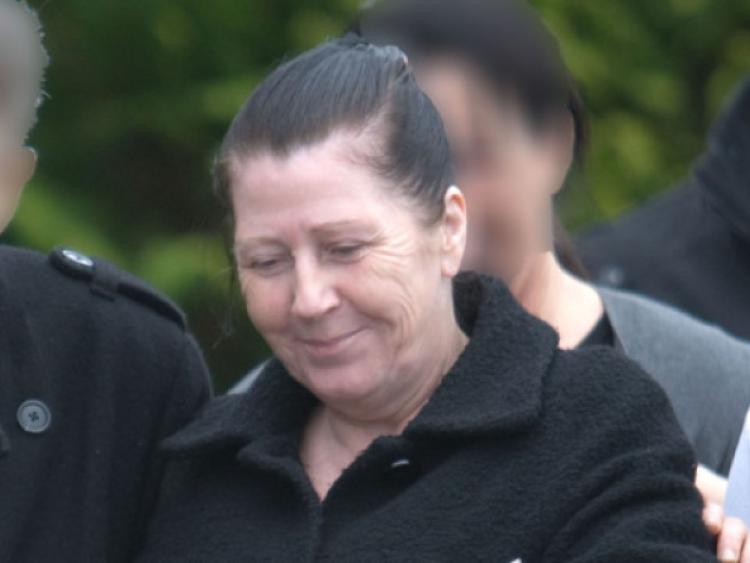 A RATHKEALE mother-of-seventeen has been charged with violent disorder in connection with an incident in the town last week, during which the lives of two gardai were allegedly threatened.

A RATHKEALE mother-of-seventeen has been charged with violent disorder in connection with an incident in the town last week, during which the lives of two gardai were allegedly threatened.

Bridget Ryan, 55, of 7 Fairgreen, Fairhill, Rathkeale appeared before a sitting of Newcastle West court this Tuesday charged in connection with disturbance in the same estate in the early hours of last Friday morning.

Garda Tom Flavin told Newcastle West court that Ms Ryan was formally charged at 3.45pm on Tuesday having been arrested at her home in Rathkeale earlier that morning. Ms Ryan made no reply after being charged.

Garda Flavin said that gardai had no objection to bail being granted provided that a number of conditions are attached, namely that Ms Ryan sign on at Newcastle West garda station three times a week; that she not interfere with any witnesses; that she remain at her home and observe a nightly curfew of 10pm to 9am; that she be of sober habits, and that she surrender her passport.

Meanwhile, the cases against Ms Ryan’s two sons and O’Donoghue have all been adjourned until June 27 for DPP directions. Roger and Michael Ryan, who were refused bail at their first court appearance last weekend, intend to seek bail at the High Court next Monday.