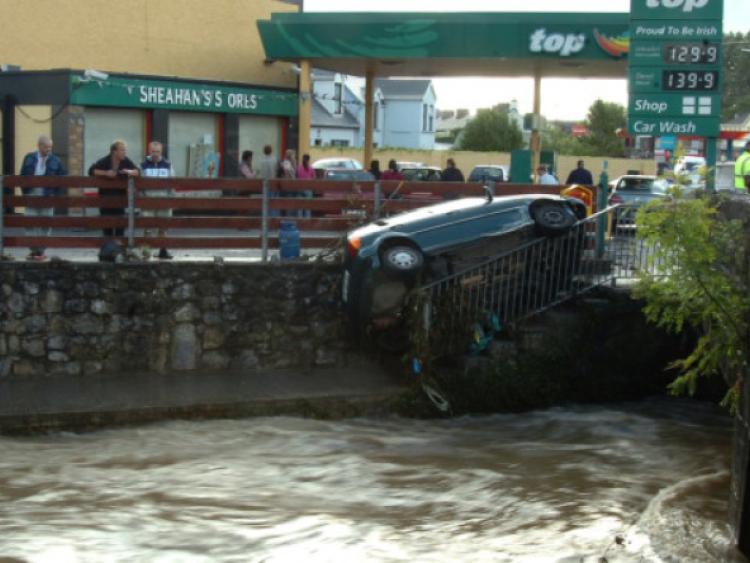 THE LEGACY of the disastrous West Limerick flooding of 2008 is still being tackled by Limerick County Council, as rural bridges damaged by subsidence undergo long-awaited repair works.

THE LEGACY of the disastrous West Limerick flooding of 2008 is still being tackled by Limerick County Council, as rural bridges damaged by subsidence undergo long-awaited repair works.

The destructive flooding of August 2008, which saw the River Arra burst its banks in Newcastle West, flooding a number of homes and business premises, also had a wider impact on a tributary network that stretches for miles in every direction.

At a recent local area meeting of Limerick County Council in Newcastle West, Cllr Jerome Scanlan raised the issue of ongoing repair works to minor rural bridges which were damaged in the flooding.

The meeting heard that while the vast majority of damaged bridges have been repaired, there are still a small number due for completion in the Newcastle West, Dromcollogher and surrounding areas.

Cllr Scanlan said that the work to erase to legacy of the floods has been slow and steady, but praised the county council for its efforts over the past four years.

“There are still two or three bridges that need to be completed. But the bridges that have been repaired, such as at Killoughteen and other places, have been completed to a very high standard”.

In the wake of the 2008 floods, local councillors demanded a full safety audit of all minor bridges in the Newcastle West environs, amid fears that structural damage could lead to subsidence or collapse.

The most high-profile example was the 19th century Mart Bridge over the Allaghaun River in Abbeyfeale, which partially collapsed in 2010 following structural damage caused by the serious flooding. The bridge subsequently underwent a lengthy process of repairs, costing hundreds of thousands of euro, which included reinforcements to its arches.