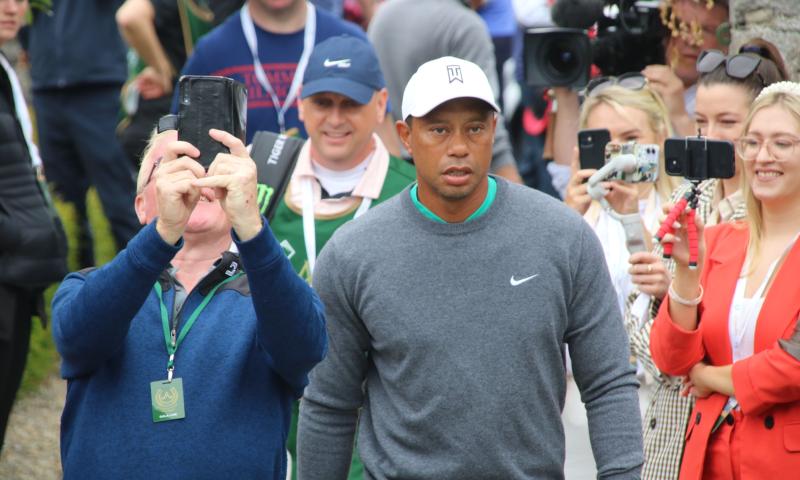 GOLFING legend Tiger Woods has been spotted practicing his swing at a seaside town popular with Limerick families.

Woods, who was the talk of the town at Adare Manor for the JP McManus Pro-Am earlier this week, hinted to fans and the media that he would be staying in the south-west of the country to practice ahead of The Open in the UK later this month.

The 82-time PGA Tour winner was spotted playing golf in Ballybunion with Rory McIlroy this morning.

Rory and Tiger playing Ballybunion this morning getting some good links practice in ahead of next week @TWlegion pic.twitter.com/5k5qyDBOrP

Speaking at the press conference on Tuesday, the Californian recalled fondly his first trip to Ireland in 1999, where he played at Ballybunion Golf Club while on a fishing trip with a friend.

Limerick Live understands that Woods, widely regarded as the greatest golfer of all-time, is basing himself in Limerick while getting vital practice at links golf courses in Ireland, in preparation for the 150th Open at St Andrews between July 14-17, 2022.

"No, I don't want to tell you because I don't want everyone coming down and watching us," the 46-year-old said on the final day of the JP McManus Pro-Am.