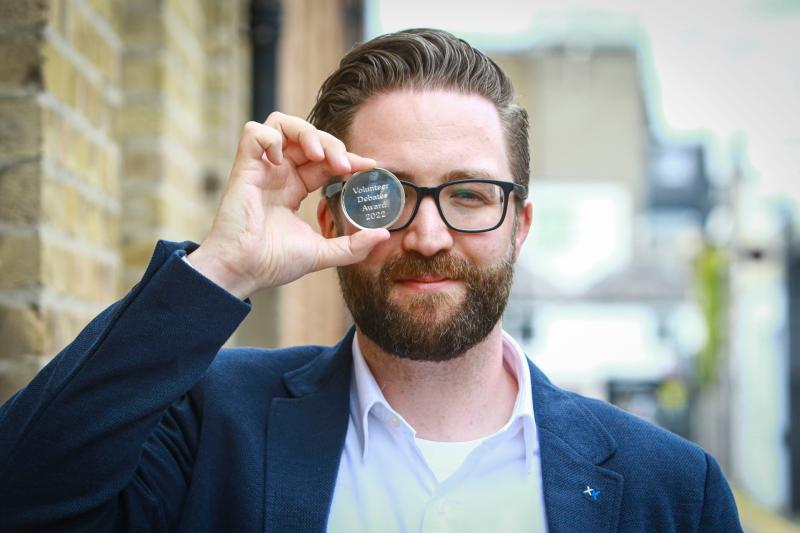 Teacher Patrick Huff with his award

A TEACHER at a Limerick school was honoured at the recent Concern Volunteer Awards for supporting the humanitarian organisation and its efforts across the world.

Patrick Huff, an English teacher at Ardscoil Mhuire in the city, was praised for mentoring his school's Concern Debates team for nearly a decade and for his time spent volunteering as a chief adjudicator for the all-island schools contest.

Commenting after receiving the award, Mr Huff said he is proud of his work as an adjudicator, which facilitates more young people engaging in important conversations on global and other issues within their own communities.

Separately, Mary-Kate Flanagan - a students at Mary Immaculate College, also received an award her work as a debates adjudicator for the past three years.

A total of 31 people or groups were honoured by Concern at the annual event, which celebrates the vital contribution made by the charity’s 1,500 volunteers in Ireland.

Concern’s Chief Executive, Dominic MacSorley, praised the organisation’s volunteers for helping them to continue to reach the world’s most vulnerable people in countries like Ukraine, Afghanistan, Syria and Ethiopia.

“We are deeply grateful to all our volunteers and donors for their continued support, especially in these difficult times,” said Mr MacSorley.

“Whether it’s through fundraising walks or climbs, shaking a bucket or adjudicating school debates, the commitment of Concern volunteers has kept a flame of compassion alive in communities across Ireland at a time when the need has never been greater in many parts of the world," he added.

Concern’s Volunteer Awards began in 2013 to celebrate the vital contribution made by the organisation’s volunteers in Limerick and accross Ireland.

More information about Concern’s work can be found on its concern.net.