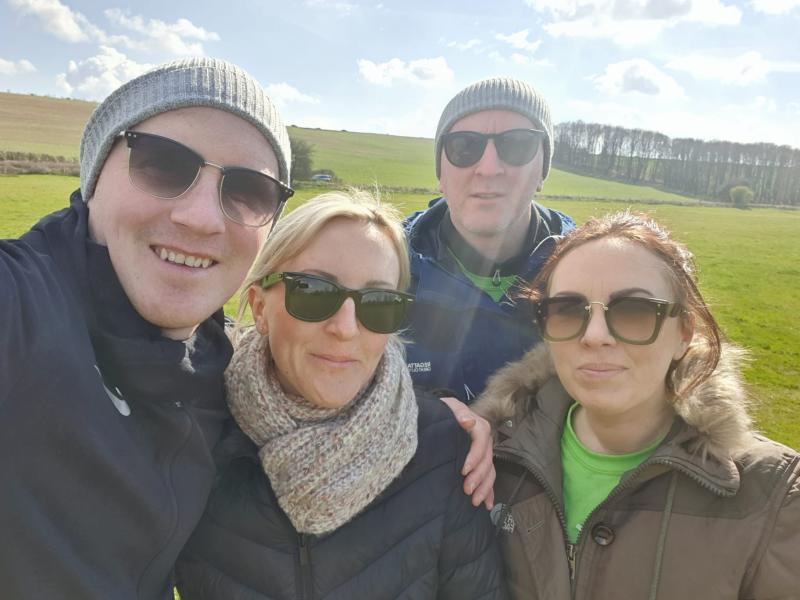 The Dawson family on the walk, left to right, Mark, Andrea, David and Bernadette

IT'S A long way to Tipperary, as the famous song goes – but it’s even further when you travel from London and via Knocklong!

That’s exactly what the Dawson family did, travelling close to 300 miles across England, Wales and Ireland.

And they were no April fools, having completed the equivalent of a full marathon of walking each day to reach their final destination in Tipperary Town.

En-route they stopped in Knocklong, where David grew up.

It was his idea to complete the walk, having been diagnosed with leukemia when he was just 16.

Thankfully, he made a full recovery, and since then, he has dedicated his spare time to raising money for the Momentum Children’s Cancer Charity based in Britain.

There was a more personal aspect to this mission, however, because last year, their cousin Katie Dawson passed away. A barrister by profession, she was one of the gang’s biggest supporters.

And because she represented Women’s Aid in many cases, they felt this charity would be the perfect beneficiary of their efforts.

Bernadette said: “We really wanted to represent Ireland as well in our challenge because we are walking from London to Tipperary. Sadly our cousin died last year and we were trying to figure out which charity we could work with. Katie helped so many women giving them a voice to stand up for themselves. If she was still here, she would be a powerful voice to fight for these women and we wanted to do something positive for her as she was so positive in her life and work.”

The family travelled for 13 days, journeying across the Irish Sea into Rosslare, with the detour into Knocklong adding to the journey. 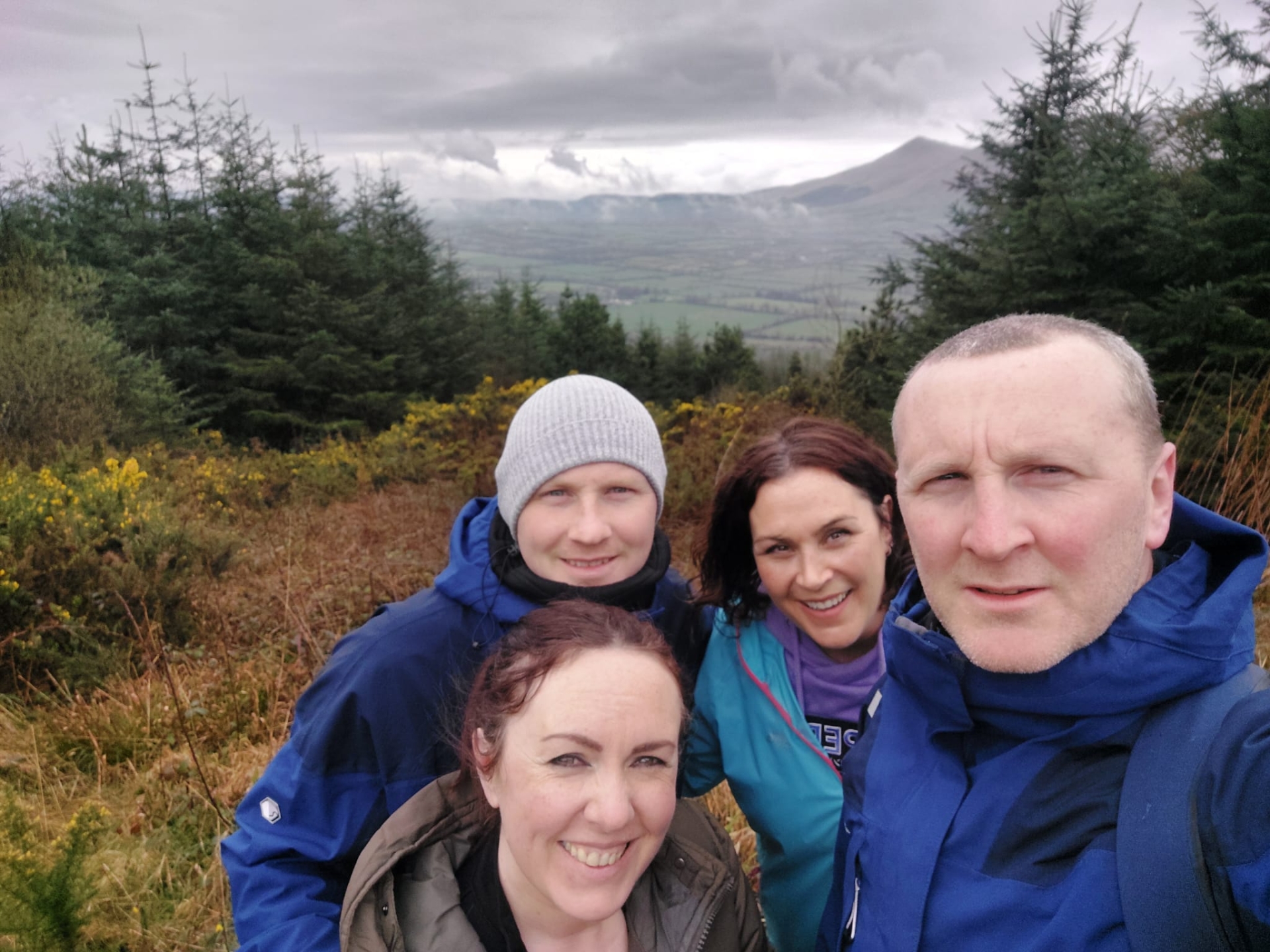 Family first cousin Verena McGrath, who lives in the Glen of Aherlow is very proud of the family’s exploits.

“For a long time they’ve been talking about doing it. We didn’t know how they would survive walking to Wales. That was challenging enough. So we were shocked and very proud of them when they arrived back here,” she said.

You can donate here.