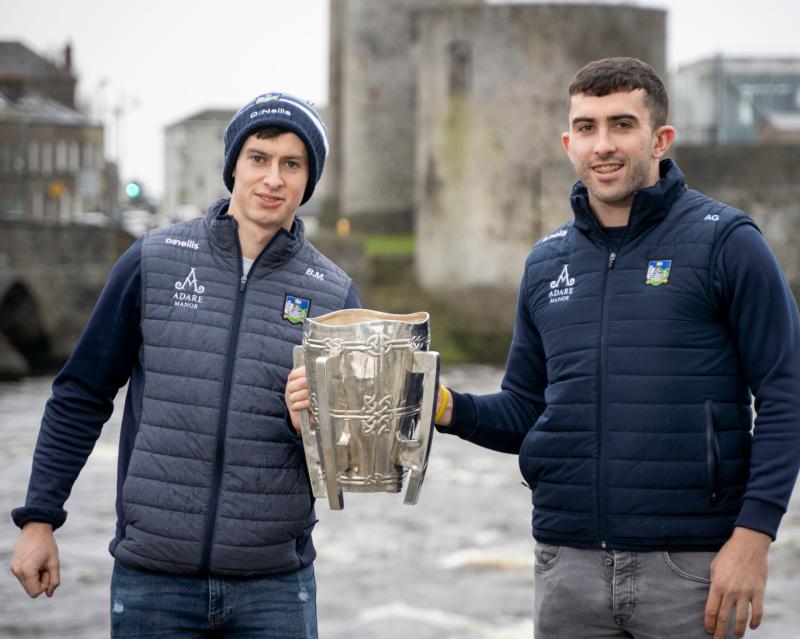 PLANS for this year's Limerick St Patrick's Day festivities have been announced with the the All-Ireland winning hurlers taking centre stage.

Members OF the Limerick All-Ireland winning hurling panel will be Grand Marshals for this year’s Limerick St Patrick’s Day Parade.

They will be joined by the Liam MacCarthy Cup as they lead a 250-strong procession from Limerick GAA celebrating the theme of Belonging and Identity.

The Parade, which begins at 12 noon on St Patrick’s Day kicks-off a four-day festival with events taking place across Limerick city to celebrate our national holiday and a return to in-person events.

Limerick Hurling star Aaron Gillane said: "It’s a great honour for us to be the Grand Marshal for the parade, it’s a huge privilege for us as a team.

"I know there will be plenty of clubs from all over Limerick that we haven’t been able to get to see over the past two years, so we’re looking forward to seeing all of them."

His team mate Barry Murphy said: "The parade hasn’t taken place for a few years so it will be great to get back out onto the streets and meet all the fans who have been supporting us for the last few years.

"The homecoming in 2018 was special, and with Liam MacCarthy present on the day, let’s hope St Patrick’s Day will be another special day."

A special Digital Guide has been created outlining the events taking place in the Limerick St Patrick’s Festival as well as the routes for the parade. It is available on Limerick.ie.

Among the other family-friendly events taking place for Limerick St Patrick’s Festival include:

50th Limerick International Band Championship – Limerick City Centre - 20 March
A total of 15 bands will be taking part in the championship with hundreds of musicians travelling from America and Europe as well as local and other Irish bands from 12 noon.

Panoramic Wheel - Arthur’s Quay Park - 04 March - 21 April
Soar above the city and take in the stunning 360 degree views across Limerick’s skyline on the spectacular 38 metre panoramic wheel. Sky-high fun for all the family.

Beat on the Street - Hunt Museum Garden - 18 March
Drum Dance Ireland welcomes you to the world of drumming where the star of the show is you! Children aged 5 to 13 are invited to play bass drums, congas, shakers and bells resulting in a fully interactive fun-filled percussion performance! Pre-booking essential.