A SPECIAL exhibition exploring the theme of belonging in the EU will be officially launched in Limerick later this evening.

The European Expo event, which will run until April 24, features 82 pieces of artwork from across all 27 EU countries plus the UK. These include works from Irish artists such as Isabel Nolan and Sean Scully. 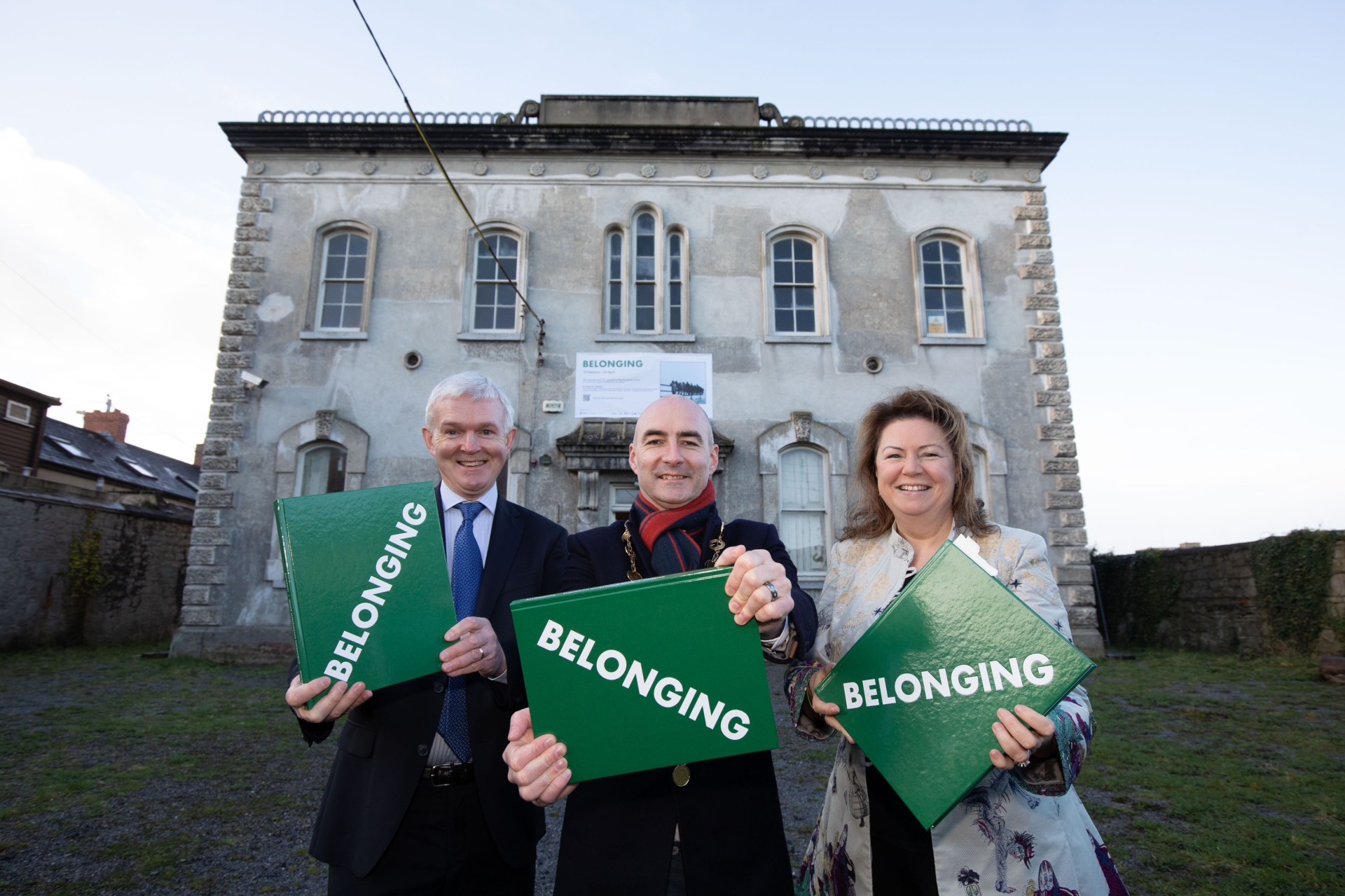 Representatives of The European Investment Bank (EIB) are in Limerick today to launch the exhibition which has been curated by the EIB and The Hunt Museum.

The exhibition is supported by Limerick City and County Council, the Department of Culture, the University of Limerick, Technology University of the Shannon: Midlands Midwest, Shannon Foynes Port company and the embassies of EU Member States.

Hunt Museum CEO and director Jill Cousins has expressed her joy at what will be the museum's first in-person exhibition since the pandemic hit two years ago.

“It explores belonging through contemporary art. Art expresses our feelings and how we react to things around us,” she told the Limerick Leader. "It really does look incredible".

Around 200 invited guests will attend this evening's official launch event including a number of EU Ambassadors, representatives of the EIB and the Irish government.

"We are delighted to debut this collection in Ireland, especially in the wonderful city of Limerick," commented Werner Hoyer, president of the EIB.

"The EIB's Art Collection is a quintessentially European body of work offering a wide spectrum of artistic creation. Its focus reflects the EIB's role at the forefront of promoting economic and social development in Europe and naturally interacts with the evolving scope of the bank's activities, particularly its geographic expansion in line with that of the EU," he added.

Mayor of the City and County of Limerick, Cllr Daniel Butler said he's delighted that Limerick was chosen as the location for the Belonging exhibition.

"Over the past two years, many of us have come to re-evaluate or question our lives, reaffirm what is best for us and many have chosen a new path. This exciting exhibition, which we in Limerick are honoured to be the first non-capital city to host, has the idea of 'Belonging' at its heart," he said.

Belonging the @EIB art exhibition is in place for this evenings launch from St Marys. Looking forward to seeing everyone and hearing about the collection.
@Limerick_ie @EExpo2020 @UL @TUS_Midwest @ShannonFoynes @MIC_French @HuntMuseum pic.twitter.com/x1iou9nTU3

"Limerick is a city where everyone can belong. Limerick as a city is very much part of Europe. This prestigious exhibition will offer a very significant European profile to Limerick,  truly demonstrating our European Embrace. I hope that Belonging will attract many visitors to see this fantastic exhibition and give people an opportunity to further explore the wonders of Limerick," he added.