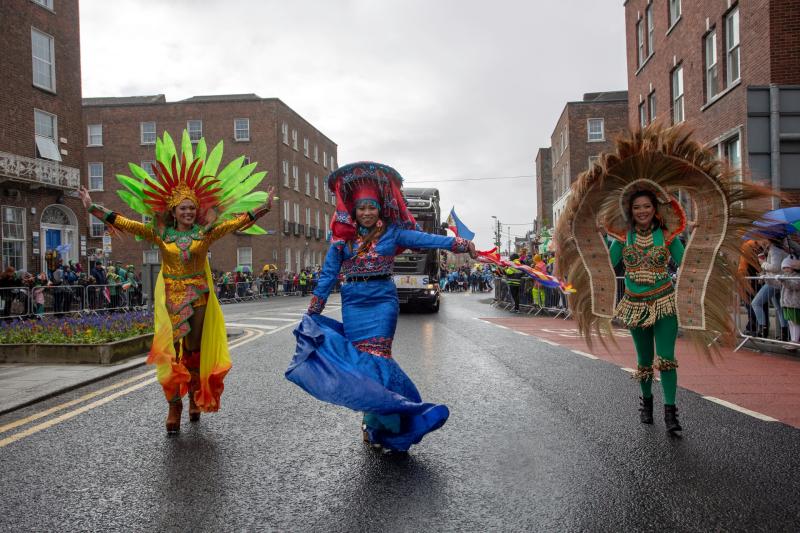 VOLUNTARY groups, clubs, organisations, associations and companies of all shapes and sizes are being urged to sign up and become involved in this year’s Limerick St Patrick’s Day Parade.

The parade, which last took place in 2019 - before the pandemic - is set to return next month as part of the four-day Limerick St Patrick's Festival.

Limerick City and County Council says there has been strong interest since it was confirmed the parade and festival will take place this year following the easing of Covid-19 restrictions.

The Limerick city parade is known for its community participation every year and it has traditionally been one of the largest regional parades in the country, with tens of thousands of people watching and cheering on the participants.

Appealing for participants, Pippa Little, Arts Officer with the local authority said: “The theme of this year’s parade and festival, Belonging and Identity, lends itself to many different and innovative interpretations. Our parade in recent years has become a huge colourful spectacle and we are looking for the same this year. We are calling on groups from across the city and county, and further afield if they wish, to sign up and be part of this year’s parade"

To apply to become part of the parade click here and complete the form.

Grooveyard is producing this year’s Limerick St Patrick’s Festival on behalf of Limerick City and County Council with Aidan Phelan as creative producer.