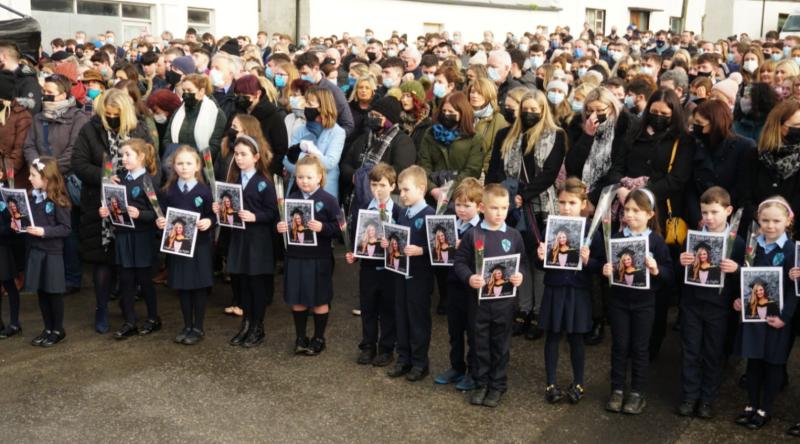 "ASHLING epitomised the beauty of life, may her legacy live in the hearts of all she touched".

These were the words of a Prayer of the Faithful at the funeral Mass of former Mary Immaculate College student Ashling Murphy this morning.

The 23-year-old schoolteacher was murdered last week as she went for a run along the canal bank at Cappincur, Tullamore, County Offaly.

Ms Murphy's First Class pupils from Durrow National School along with teammates from Kilcormac-Killoughey GAA Club formed a poignant guard of honour outside St Brigid's Church in Mountbolus with hundreds of mourners lining the streets.

Schools in Limerick and across the country held a minute silence at 11am as Ms Murphy's family, friends, teammates and pupils gathered to pay their final respects.

The bells of St Mary's Cathedral were also rung as the funeral Mass began.

As a mark of solidarity and condolence with Aisling Murphy’s family, the bells of @stmaryslimerick ring out half-muffled.#ripaislingmurphy #Limerick pic.twitter.com/Ae1CWhsJnS

President Michael D Higgins and Taoiseach Michéal Martin were among the congregation at Ms Murphy's funeral Mass and they shared a private moment with the Murphy family beforehand.

Symbols representing Ms Murphy's short life were brought to the altar during the mass including a hurley, a book and a family photo.

Fr Michael Meade led the celebration of Ms Murphy's life during which her family and friends spoke of her 'gentle soul'.

Bishop of Meath Tom Deenihan addressed the mourners and said the days following Ms Murphy's death had been a 'nightmare'.

"A walk on a mild and sunny afternoon in January should be a happy event, promising the brighter and warmer days of spring and summer. That, as we know, was not the case. A depraved act of violence which deprived a kind, talented, loved and admired young woman of her life has since united the country in grief and support," he said. 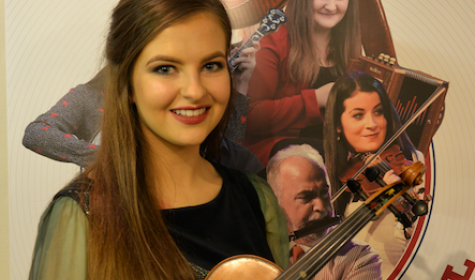 "We all know that no individual should die like Ashling and no family should suffer like Ashling’s. Respect is an old-fashioned word but it is an important one. Respect was missing last Wednesday but it has re-emerged here all the stronger. Let us respect each other," he added.

Ms Murphy's parents Ray and Kathleen along with her sister Amy, brother Cathal and boyfriend Ryan accompanied her body as it left the church for her final resting place at Lowerton Cemetery.

Vigils were held across Limerick in recent days at locations such as Arthur's Quay in the city, Newcastle West, Kilmallock, Kilfinane and Doon amongst other places.

Mary Immaculate College and Limerick City and County Council have both opened books of condolences for Ms Murphy which are still open for the public to sign.