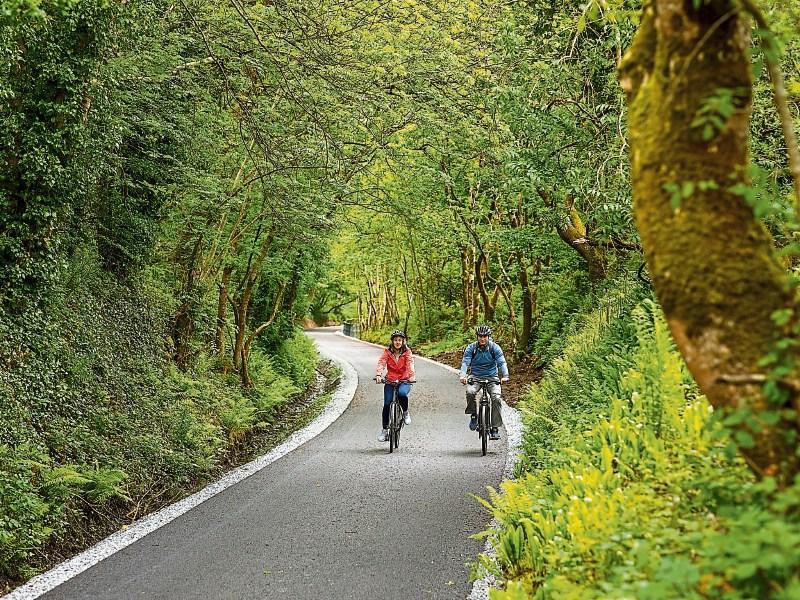 The Limerick Greenway stretches from Rathkeale to the Kerry Border

THE final 3km section of the Limerick Greenway from Abbeyfeale to the Kerry Border at Kilmorna opens to the public this Friday.

The completion of this phase of the 40km greenway, from Rathkeale to Kerry, marks a key milestone in a project costing €10m.

Meanwhile, Kerry County Council is working to complete the next section of the greenway, from the border to Listowel, in time for next summer.

Abbeyfeale councillors and the Cathaoirleach of Newcastle West Municipal District Cllr Liam Galvin have welcomed the re-opening of the Abbeyfeale/Kilmorna stretch of greenway, stressing its importance for the town of Abbeyfeale.

“With nearly 250,000 users on the Limerick Greenway since it opened on July 1,  it indicates the opportunity we now have on our doorstep,” said Cllr Galvin.

He acknowledged the very important contribution made by the councillors in the Newcastle West District to the project and thanked everyone who had worked to make it a success.