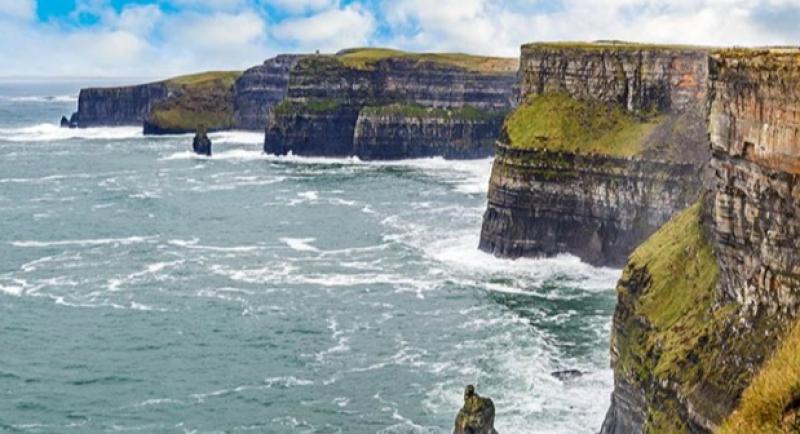 The Cliffs of Moher

A PRIVATE firm which wanted to provide a park-and-ride coach service from surrounding towns and villages to the Cliffs of Moher in Clare has lost its appeal against a car park operated by Clare County Council.

In 2018, Diamrem Ltd lost a High Court challenge in which it sought to close down the what it claimed was temporary car park operated by Clare County Council across the road from the Cliffs visitors centre.

Diamrem had sought orders, commonly referred to as “planning injunctions”, under the Planning and Development Act, 2000,  aimed at prohibiting the use of a public car park at the Cliffs of Moher Visitor Centre and requiring its removal, in order to facilitate a park and ride operation.

It had built park-and-ride facilities at Doolin and Liscannor to facilitate access to the attraction.

The company argued that the car park at the centre was unauthorised development and that the respondents have failed to comply with certain conditions attaching to the planning permission granted to the first named respondent for the purposes of developing the centre.

Diamrem had claimed the car park was only ever meant to be temporary until the centre was completed, and amounted to unauthorised development.

The council and its subsidiary, the Cliffs of Moher Centre Ltd, denied this was so and said it never envisaged abandoning the proposal for a permanent car park at the Cliffs.

However, the council said the original proposed car park, nearer the visitors centre itself, was never built.

It said the existing car park was approved as part of a process under the planning legislation allowing a council to carry out its own developments, known as a "Part 8 development".

In 2018, Ms Justice Faherty dismissed the company's action on grounds including that the applicant company had not brought the Section 160 proceedings within the legal time period allowed.

Her judgement was appealed to the Court of Appeal by Daimrem.

Giving the court's decision, Mr Justice Woulfe said that in his view, the trial judge was correct in finding that the Section 160 application was not commenced within the statutory time period.

In circumstances where that issue is dispositive of the appeal, the judge added, that he did not think it necessary or appropriate for the Court of Appeal to decide other issues raised in the appeal regarding the alleged unauthorised development.

He said the court would "prefer to leave those potentially difficult questions for another case where they require to be determined."

It was also unnecessary in the circumstances for the Court to consider the issue of the Court’s discretion to grant relief under Section 160 of the Act, he concluded.