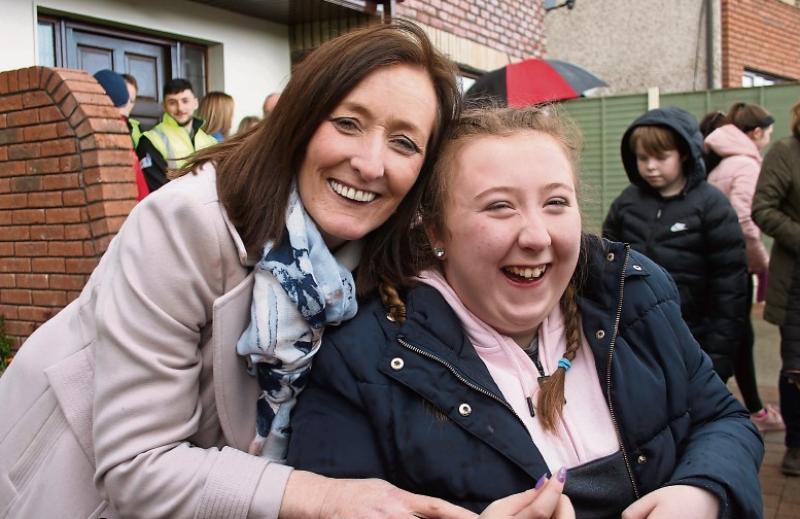 COMPLACENCY and a poor safety culture at a rowing club in Limerick city were 'causative factors' in an incident which resulted in a young Limerick girl sustaining life-changing injuries, an investigation has found.

Amy Mulcahy, then aged 12, was trapped under the water near Thomond Weir for several minutes after the boat she was travelling in capsized during a training session on February 23, 2019.

The Marine Casualty Investigation Board (MCIB) has made a number of safety recommendations in a 148-page report into the incident which has just been published.

A draft version of the report was circulated to the relevant parties, including the family of Amy Mulcahy, earlier this year.

The final report outlines the sequence of events which unfolded on the River Shannon shortly before 10am when a group of five young rowers, from Athlunkard Boat Club, were on a training session in an Olympic-style quad rowing boat - 'Louie Murnane'.

While rowing downriver, having turned at an area known locally as ‘the Huts’ the crew experienced difficulty in turning the boat as it approached Thomond Weir.

The crew was instructed by their coach, who was on board a safety boat, to re-align their boat to go through the weir between the supporting spans but the quad made contact with one of the spans and slewed sideways across the weir.

According to the MCIB report, after the quad boat capsized, four of the five crew surfaced but Amy Mulcahy (who is not named in the report) did not as she was trapped under the water.

The alarm was raised by a member of the public who was alerted to the incident and personnel from Limerick Fire and Rescue were on the scene within minutes as they were carrying out a training exercise on board their Fire Swift rescue boat nearby at the time.

They used a knife to cut Amy's hair and after she was freed, she was immediately taken ashore and transferred to hospital by ambulance.

Miracle teen Amy to 'light up' Limerick for Christmas season

In its report, the MCIB noted that only informal risk assessment had been carried out prior to the training session and that it was largely based on the prevailing weather and tidal conditions.

It concludes the absence of a comprehensive risk assessment prior to the training session was a causative factor in the incident as was the "collective inexperience of the quad’s junior crew".

The report also notes that as the incident was unfolding, another safety boat with two coaches onboard and two other quad boats were not aware of what was happening as they had become separated from the smaller group at the beginning of the training session.

The lack of adequate rescue and safety equipment onboard the safety boat was also highlighted as a causative factor in the inability of the coach (and others) to free Amy when she became trapped.

"The complacency by Athlunkard Boat Club towards the purpose of the Club’s Safety Boat and the safety equipment it was supposed to carry was a causative factor towards the outcome of the quad’s capsize at the weir," states the report.

The detailed report states there were poor communications between the national governing body, Rowing Ireland, and Athlunkard Boat Club on the dissemination of safety advice and it notes that Rowing Ireland believes its mandate is only to encourage and offer advice on safety issues and that it does not have a regulatory role.

The Marine Casualty Investigation Board has issued 16 safety recommendations to Athlunkard Boat Club arising from its investigation along with a further 15 to Rowing Ireland.

A  number of safety recommendations have also been submitted to the Minister for Transport, Eamon Ryan including that an  immediate review be carried out of the Code of Practice for the safe operation of recreational craft.

The MCIB has suggested that standards in relation to personal protective clothing and hair length be reviewed because of the dangers posed by hypothermia and entanglement.

Correspondence from various parties to the MCIB has been published with the final report.