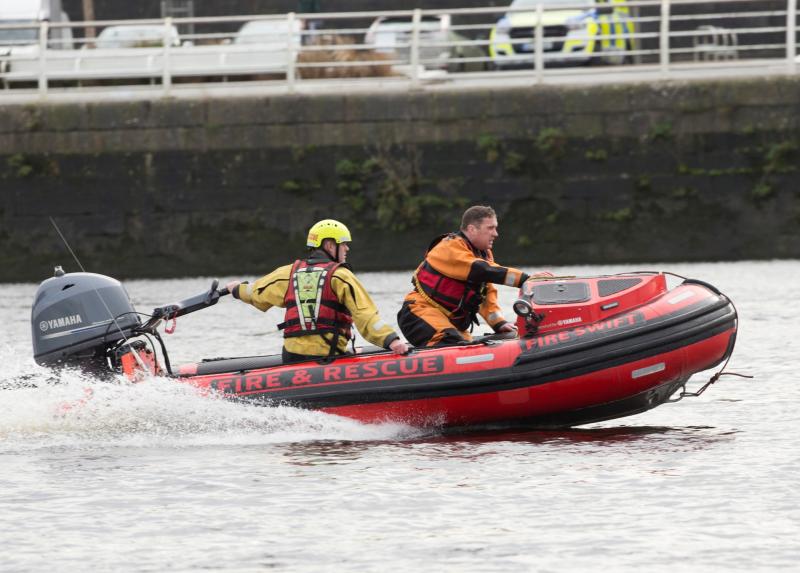 A YOUNG woman is being treated in hospital after four teenagers got into difficulty on the River Shannon this Saturday morning.

Four young girls are understood to have been assisted by rescue crews after the Limerick Fire rescue boat FireSwift discovered an overturned rowboat on the Abbey River, a tributary of the River Shannon, while on their morning checks.

It is understood one of the rowers was trapped under the boat.

She received medical attention quayside at St Michael’s Rowing Club before she was removed to University Hospital Limerick in a critical condition.

The Rescue helicopter was also deployed to the scene but it was later stood down.