Calls for removal of 'horrific graffiti' at popular Limerick walkway 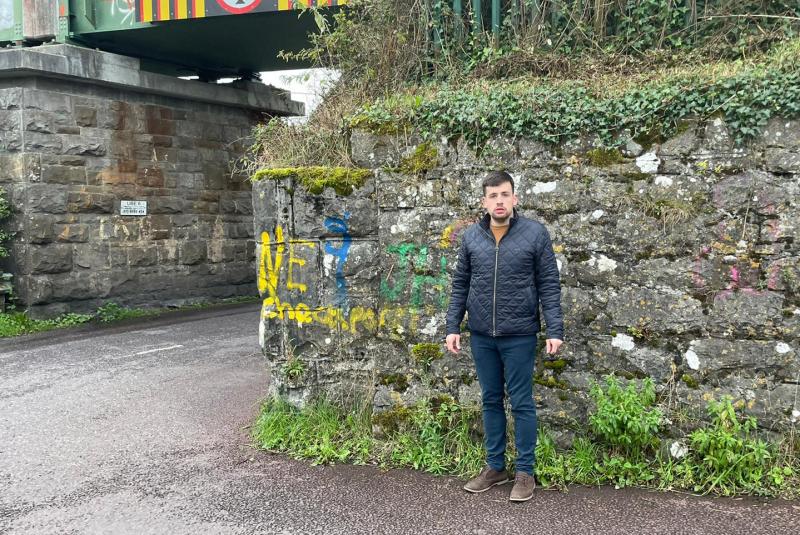 LOCAL residents and a city councillor are frustrated at a state agency’s failure to acknowledge a request for the removal of "horrific graffiti” at a popular canal walkway.

Labour party representative Cllr Conor Sheehan took to social media to vent his frustration at Irish Rail over their failure to acknowledge his requests to remove graffiti at Railway Bridge UBE6.

The bridge, located at Lower Park Road, provides an access point to the UL canal walkway and is one of eight Iarnród Éireann Railway Bridge’s listed as 5metres or less in height within the county.

Hi @IrishRail could you please remove this graffiti from bridge UBE06 in Limerick?

I have emailed several times since March and haven’t even received an acknowledgement… pic.twitter.com/Xzj2tp1pge

“We are all very frustrated. This has been going on since January. I have called and emailed numerous times and my request have never been acknowledged.

“People are constantly asking me about the horrific graffiti. I may as well be howling at the wind at this stage,” Cllr Sheehan, who lives 200m from the defaced surface exclaimed.

With the query being met by radio silence, Cllr Sheehan stressed that a lack of acknowledgement is a recurring theme with Dublin based National State Agencies.

If Irish Rail are not responsible for the removal of the graffiti, then they must come back with a reply explaining so, he outlined.

“We just can’t seem to get through to a human being in any of these state agencies. Queries seem to just go into the ether.

“Is it that it isn’t being monitored or that there is such a high volume of calls being logged, with insufficient resources to deal with it, I don’t know. It’s in a residential area and we want it removed.”

When contacted for comment by the Limerick Leader in relation to the matter, Irish Rail did not respond.