O’Donovan and Neville selected to run for FG in county 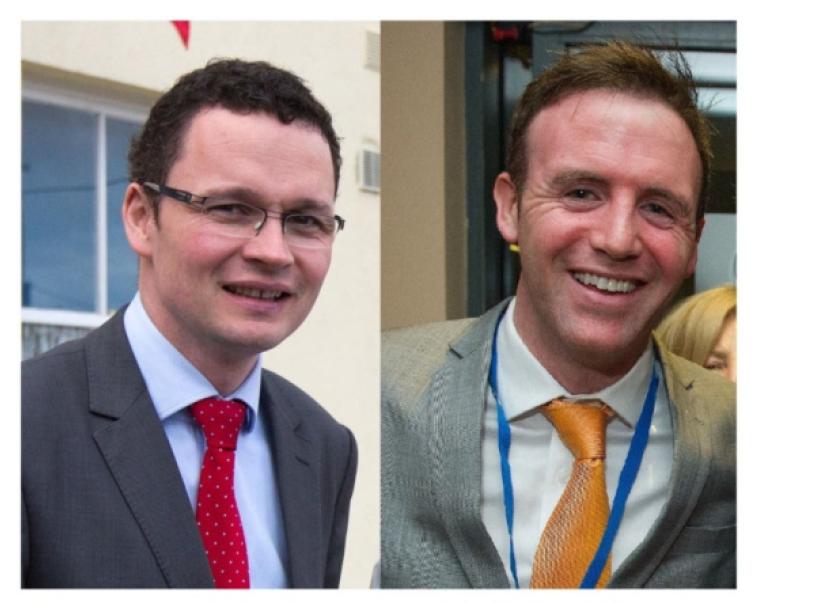 SITTING TD Patrick O’Donovan and Cllr Tom Neville have been selected to contest the next general election on the Fine Gael ticket in the Limerick County constituency.

SITTING TD Patrick O’Donovan and Cllr Tom Neville have been selected to contest the next general election on the Fine Gael ticket in the Limerick County constituency.

The two successful candidates were named shortly after 11pm last night at what was a very lively selection convention in Adare attended by some 650 party members.

“I am delighted, absolutely delighted,” Deputy Patrick O’Donovan beamed. “I had a very long nine weeks,” he added, explaining that he had criss-crossed the constituency in a bid to secure his nomination. Last night, that work paid off when he got about 50% of the members’ votes after delivering a fiery speech to the convention.

Cllr Neville was equally buoyant with his success as was his father, Dan Neville TD, who will step down from national politics at the next election.

“I am absolutely delighted to be selected,” Tom Neville told the Limerick Leader. “I have absolutely no idea what the final vote was but I felt I got a good response, explaining my work ethic, what I represent to people They have put their faith in me and I am grateful for that.”

Two other party councillors, Jerome Scanlan and Bill O’Donnell, had also put forward their names at convention but failed to make the ticket.

But Cllr Scanlan said he was not disappointed. “If I hadn’t put my name to convention and something were to go wrong later I would blame myself. I thought it was essential and I am delighted that I did stand,” said the Feoghanagh based councillor who, in his speech to convention, had stressed his vote-getting ability. “I am delighted for Patrick and Tom,” he added. They give Fine Gael the best opportunity to retain two seats.”

Cllr Bill O’Donnell, based in the Cappamore Kilmallock area, had stressed in his campaign the need for geographical representation and said, after the vote was announced: “I am entirely philosophical about the whole thing. I had a good campaign. I enjoyed the campaign.”

Asked if he thought the party’s executive would add him to the ticket as happened in 2011, he said: “I couldn’t even begin to speculate about that. The geography will be looked at by HQ. If they consider there is a need for a candidate in the east I would be hopeful they would consider me. “