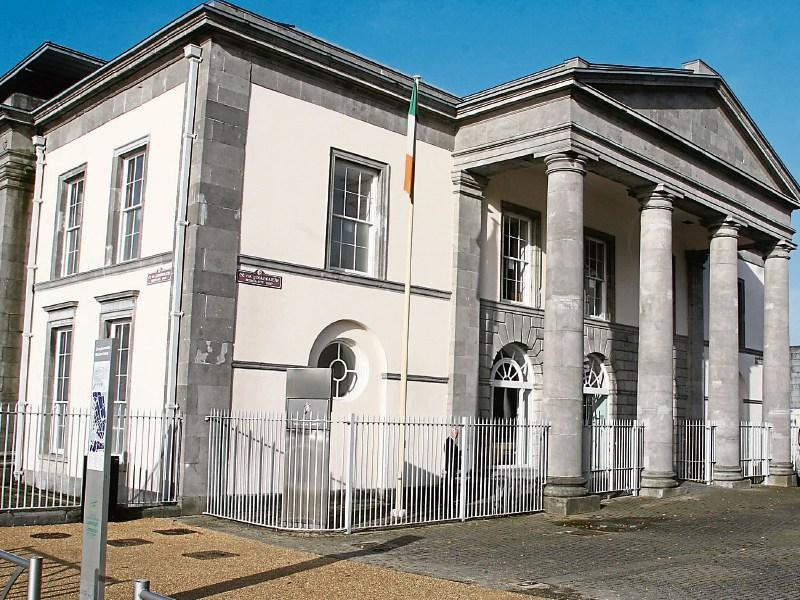 A WOMAN who arranged to meet a Limerickman via the internet and have sex with his dog died after the alleged activity, Limerick Circuit Court has heard.

In what is the first case of its kind in recent Irish history, the local man appeared before the court charged with buggery with a German shepherd in a house in Patrickswell, County Limerick, four years ago.

Sean McDonnell, 58, who has now moved out of Limerick to an undisclosed location due to publicity surrounding the case, appeared visibly upset in court as details of the case emerged. The former bus-driver, who has no previous convictions, pleaded guilty this September to the offence under section 61 of the Offences Against The Person Act 1861.

Judge Carroll Moran heard that a number of text messages had been sent between the defendant and a woman identified only in court as XY, who died after having sexual activity with the dog belonging to Mr McDonnell on October 7, 2008, in Laurel Park, Patrickswell.

One of the messages from the defendant to the woman said that he was looking forward to her enjoying her “fantasy”, after her text saying: “I can’t believe I’m actually going to do this”.

“Just think nice, naughty thoughts and all will be Okay,” wrote McDonnell to her around 3pm on the day of the offence, as he gave her directions to his house.

Denis Vaughan Buckley, senior prosecution counsel, told the court that there was a prior arrangement between them to come to McDonnell’s house after they communicated on an internet site, and gardai said they were satisfied an act of bestiality occurred.

It was suggested to the defendant by the deceased that she had an allergy to dogs, however the prosecution said there was no medical evidence of this allergy.

The defendant, a father of three, called the emergency services at 18.36, and when the ambulance and paramedics arrived at 18.50 they found the 43-year-old woman in an unusual state of dress, “with an unusual opening in the area of her pants”.

Isobel Kennedy, SC, for the defence, said there was no effort made to alter her state of dress or interfere with her in any way before the paramedics arrived.

Ms Kennedy said her client has lost his job directly as a result of the publicity in this case and has “suffered enormously”.

“This has put both families under enormous trauma, stress and anxiety,” she said.

She pointed out that the act would never have come to light, except that she passed away.

She said the death should not be relevant in terms of sentencing, as “it was not an intended consequence of that particular activity”. The court heard he also contacted his GP twice as he realised she was in distress, her colour had turned blue, and then she “collapsed as a result of contact with the dog”.

She was removed to the Mid-Western Regional Hospital and was pronounced dead at 20.20 hours by Dr Aine Moran. Staff at the hospital alerted gardai to the incident.

A post-mortem examination was conducted by the State pathologist, Dr Marie Cassidy, and the cause of death remains undetermined.

Mr McDonnell went voluntarily to Roxboro Road garda station on the night in question, and on April 8, 2009, his home was searched.

He accepted ownership of the dog, and it was the only dog present. The dog was placed in the pound in Limerick city, but after this incident the dog became very sexually aroused and started foaming at the mouth whenever a female entered the kennels, the prosecution said. It was later put down.

Three computers were seized by gardai – two belonging to XY and one belonging to Mr McDonnell – which showed extensive activity in pornographic and bestiality sites. An analysis of the defendant’s computer showed thousands of hits on such sites, with over 3,000 comments made by the accused.

He was arrested on July 20, 2009, and interviewed on eight separate occasions. Asked by gardai if he encouraged this act, he replied: “I intimated that it may take place, but wasn’t willing to go there.” Gardai said he was “being economical with some parts of the truth”.

He was charged on June 30, 2011, and made no reply after caution.Another woman, named only in court as AZ, confirmed that the deceased had discussions with her about having sexual relations with a dog. However, she was not asked to testify in court after a guilty plea was entered.

The defendant faces a maximum sentence of life imprisonment.

Letters in support of the accused from his current employers, daughter and ex-wife were handed into the court.

The case has been adjourned to Friday, December 14 to allow the judge consider his verdict. Mr McDonnell has been remanded on continuing bail until that date.