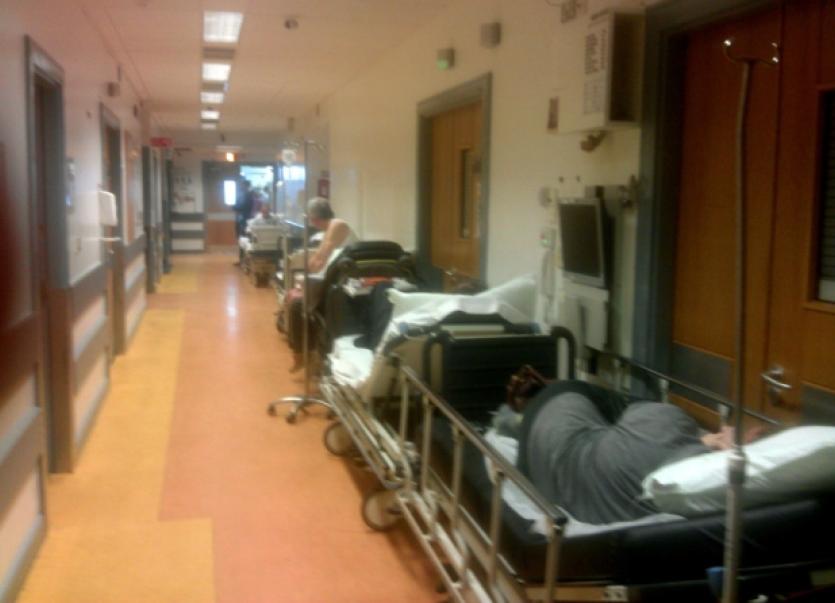 A GOVERNMENT package of €74 million will help ease emergency department overcrowding in Limerick and around the country, according to Deputy Kieran O’Donnell.

A GOVERNMENT package of €74 million will help ease emergency department overcrowding in Limerick and around the country, according to Deputy Kieran O’Donnell.

And the money can’t come quickly enough for patients for Pat Murphy, who recently spent “the best part of two days on a trolley” at University Hospital Limerick and who has compared conditions in and around the emergency department (ED) to a wartime field hospital.

Pat, from the northside of the city, had plenty of time to take photos during his stay two weeks ago.

“The whole thing is so farcical that all you can do is laugh. It was like something out of Monty Python with trolleys blocking all the doors and being moved around the whole time. The shame is this is what people have got used to.”

While Limerick is to get a new emergency department next year, Deputy O’Donnell has been demanding interim measures to make life more comfortable for long-suffering patients in the meantime.

“What the government has announced is €44 million to provide an additional 1,600 places under the Fair Deal scheme and to reduce waiting times for Fair Deal applicants from 11 to 4 weeks. It has also announced a further €30 million for temporary beds until June and for further permanent beds on a community and district basis and for convalescence,” Deputy O’Donnell stated.

“Basically this a cash injection aimed at ensuring that the situation in the hospitals will be improved, based on the recommendation of the ED Taskforce.”

This body, he explained, had been formed by Minister for Health Leo Varadkar to address problems in Ireland’s emergency departments and included patient representatives, nurses, doctors, union representatives and HSE officials