Council has 4,000 tonnes of rock salt for winter in Limerick 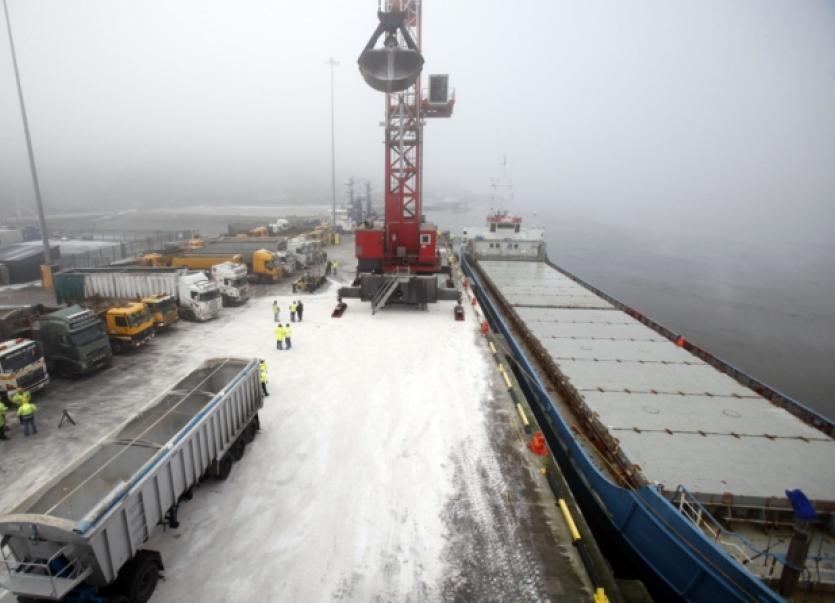 LIMERICK City and County Council has announced that almost 4,000 tonnes of rock salt will be available to tackle ice-cold weather this winter.

LIMERICK City and County Council has announced that almost 4,000 tonnes of rock salt will be available to tackle ice-cold weather this winter.

Although the weather has been relatively mild this season so far, the council has announced that some 3,360 tonnes of salt is available to tackle icy roads.

Due to the mild winter last year, some 75% of the salt has been held over.

An additional 600 tonnes is available to the council to draw from the Roads Authority.

Paul Crowe, director of services, Travel and Transportation explained that Limerick city and county council’s fleet of 26-tonne salt spreader trucks, each equipped with GPS systems, is well placed to manage and coordinate road maintenance operations during the winter season.

In a difference from previous years, Limerick’s motorways and dual carriageways will be treated by contractors on behalf of the National Roads Authority.

Routes for salting across the city and county are divided into two categories: priority one and priority two.

Priority one related to national and regional roads, and access routes to public facilities such as the University Hospital.

At a meeting of the council’s traffic and infrastructure committee, engineer Pat O’Neill admitted that it is impossible for all roads to be salted.

He added that despite the apparently mild weather, council staff were salting roads until April this year.

The council is urging members of the public to view ‘Be Winter-Ready’ advice and information guide, which is aimed at raising awareness of the importance of preparing for severe weather.

Mr O’Neill said: “We will do the best we can depending on resources.”

He confirmed if snow comes, members of the public can clear the front of their paths without fear of legal action.