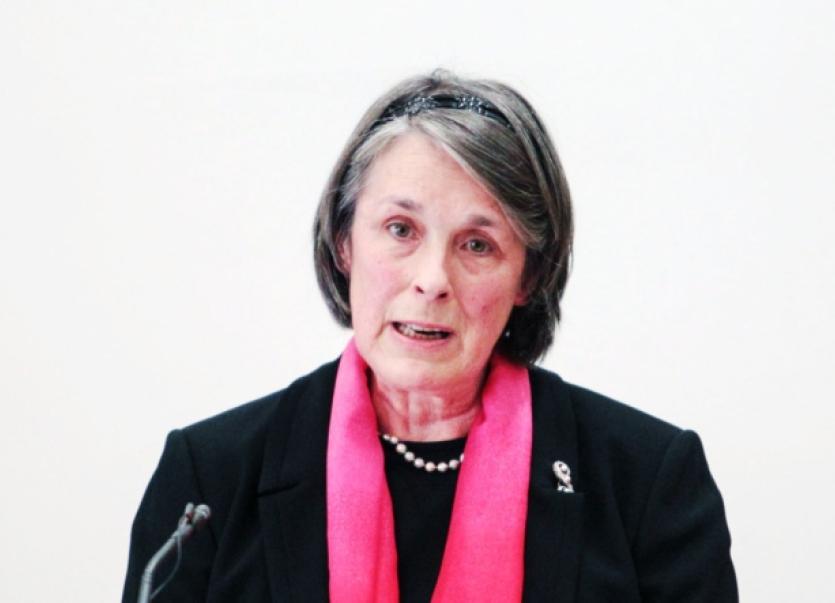 CHIEF Justice Ms Susan Denham has described the four-year waits for cases in the Supreme Court as “unsustainable”.

CHIEF Justice Ms Susan Denham has described the four-year waits for cases in the Supreme Court as “unsustainable”.

She was speaking at a ceremony in Limerick marking the amalgamation of the offices of the local District and Circuit Courts.

Ireland’s most senior judge, who succeeded Limerick’s John Murray in 2011, said she was not advocating a Yes vote in this Friday’s referendum which, if passed, would create a new court of appeal between the High Court and the Supreme Court. But the timing of the speech has been criticised as a political intervention by opponents of the referendum proposal so close to polling day.

“Such numbers have caused delays in the Supreme Court - delays of a magnitude which are a real difficulty at present, with cases waiting four and a half years for a hearing… this state of affairs is unsustainable,” Ms Justice Denham said.

The large volume of cases has required barristers making submissions to be brief and Ms Justice Denham expressed concern that “the time for oral argument cannot be so limited as to infringe the litigant’s right to a fair trial,” she said.

Ireland’s Supreme Court was unusual in that it dealt with routine cases as well as matters on important constitutional questions.

The purpose of government in seeking to create a new court of appeal would allow for more routine cases to be heard in the new appeals court and more urgent or constitutional matters be dealt with in the Supreme Court.

None of the major political parties are opposing the referendum proposal although a number of legal experts have questioned why Justice Minister Alan Shatter is seeking to create a new court at taxpayers expense without first making reforms that would reduce delays in the Supreme Court.

Seth Barrett Tillman, a lecturer in law at NUI Maynooth, said many of the cases that come before the Supreme Court could be dealt with by submissions, as in other countries, rather than by long and expensive full-blown hearings.

Polling stations across Limerick, meanwhile, will be open from 7am to 10pm this Friday while the count for both the Limerick and Limerick City constituencies will get underway at 9am on Saturday at the University of Limerick Arena.

Polling stations are the same as for the general election with the exception of the Pallasgreen area where building work at Nicker National School has forced a change of venue. Polling cards sent to voters notify them that they can cast their votes at Pallasgreen Community Centre.