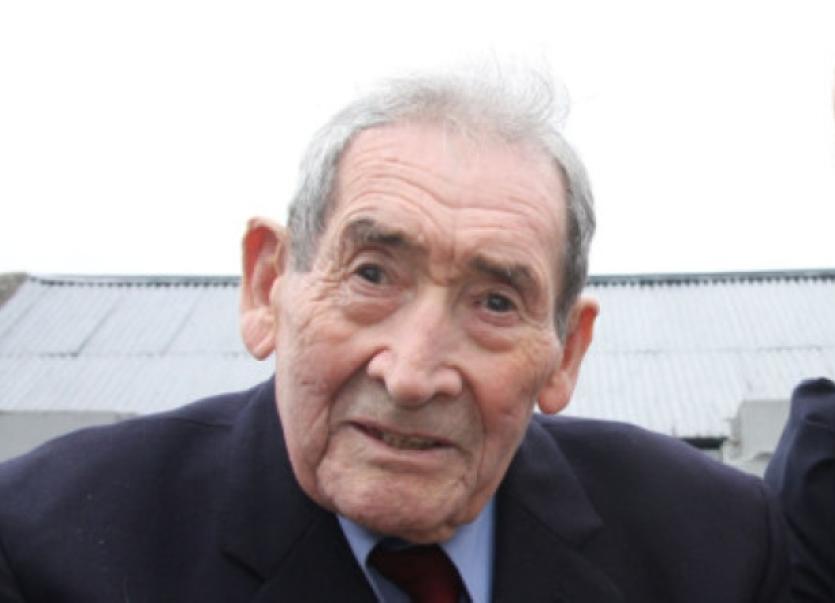 THE late TD Peadar Clohessy was described in the Dail this week as “a frank, decent and honourable” politician with “a very particular and individual sense of humour.”

THE late TD Peadar Clohessy was described in the Dail this week as “a frank, decent and honourable” politician with “a very particular and individual sense of humour.”

Peadar, 80, passed away in January of this year. His children Andrew, Patrick and Michael, daughters Alice, Margaret and Sinead, and extended family were invited to the Dail this week where they heard tributes being paid to the popular politician who spent many an hour sitting in the House of the Oireachtas, representing the people of Limerick.

“I was proud to have known Peadar Clohessy,” commented Limerick TD Niall Collins.

“Although his long and distinguished career never overlapped with mine, I express my thanks and appreciation to him for his often sound advice and encouragement from which I benefited.”

Deputy Collins described Peadar as being “completely committed and dedicated to his family, community and constituency”.

“Proper mention has been made of Peadar’s late wife, Jean, who predeceased him. From my contacts with the Clohessy family, I know that she was an immense rock of support for Peadar,” he added.

Peader was first elected to Limerick County Council in 1974. He would serve for 25 years there, including as chairman in 1992.

He was returned to the Dail once for Fianna Fail and on three occasions for the PDs, serving as marine and defence spokesman and assistant government chief whip between 1989 and 1992.

A man who loved Fedamore and his native county above all else, he had also easily made friends in Leinster House.

Speaking in the Dail this Tuesday, An Taoiseach Enda Kenny, paid tribute to Peadar “who I had the privilege of working with when he was assistant government chief whip in the early 1990s, at a time when I was chief whip for the Fine Gael party.

“In our work together I always found him to be frank, decent and honourable and have a very particular and individual sense of humour,” he said.

The Fianna Fail leader, Micheal Martin, said that by remembering the late Peadar Clohessy, “the House is again acknowledging the central importance of public service in our society and our lives”.

“He was one of Irish politics true gentlemen,” added Mr Martin.