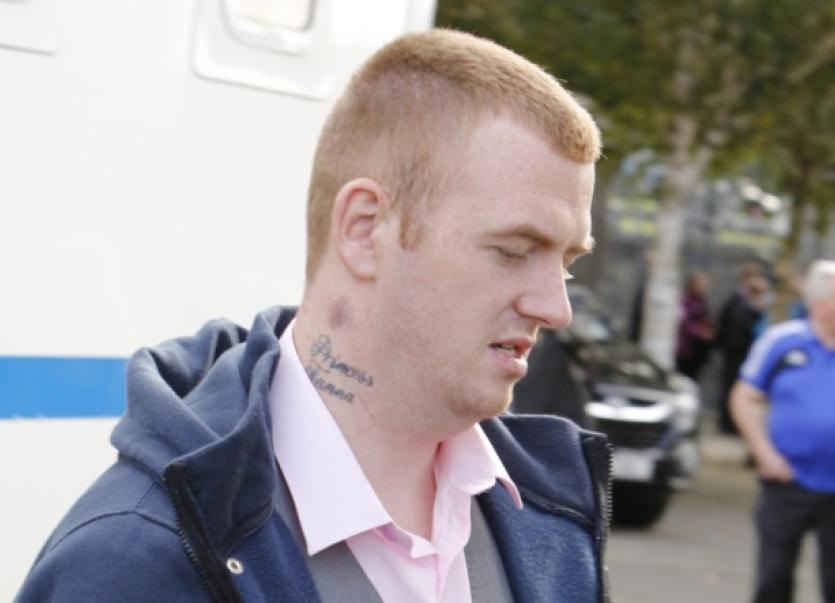 CONVICTED rapist Thomas O’Neill has been sentenced to three and a half year in prison for committing a “violent robbery” of a man in Limerick city, shortly after receiving a suspended a suspended sentence by the same court.

Limerick Circuit Court heard that O’Neill, 25, of Lenihan Avenue, Prospect, and Michael Hayes, 34, of Galvone Road, Kennedy Park, committed the robbery and false imprisonment of a man in his 40s in a lane-way off Glentworth Street on March 30 of this year at 10.50pm.

Judge Carroll Moran said that the “unfortunate victim was bundled into an alleyway, and robbed while he was held up against a wall.”

The victim suffered no physical injuries, but Detective Garda Barry Manton, Henry Street station, said he was “ frozen with fear”. Gardai on patrol in the area apprehended both men on Cecil Street, and CCTV footage from a number of nearby streets corroborated the sequence of events on the night, including the chase by gardai.

Brian McInerney, BL, acting for O’Neill, said he apologises “unreservedly” to the victim, and was intoxicated on the night, but he acknowledged this could not excuse the offence.

However, he said it was not a “pre-planned or pre-meditated” action.

His girlfriend April Collins, who was previously the girlfriend of criminal Ger Dundon, was there to support her boyfriend, who was the gang-leader during an horrific gang-rape in the Cratloe Woods in 2004.

“He now has a partner in his life and a young child, which has altered his outlook on life and his attitude,” said Mr McInerney, adding that O’Neill is “remorseful” for the robbery.

O’Neill was sentenced this January on another offence, where he received an 18 month sentence, suspended for three years on his own good behaviour.

As he breached the terms of the suspended sentence, it was activated, and Judge Moran imposed a two-year sentence, to run consecutive to this, whilst also binding him to the peace for six years.

Hayes also received a four year sentence, with the final two years suspended. He has been bound to the peace for four years.

They faced a maximum sentence of life in prison on the charge of robbery, while the judge made no order on the false imprisonment charge, which was part of the same incident.

The judge noted their early plea, but took into account their “very bad records for some very serious offences.”

The sentences have been back-dated to March 30, when they entered custody.