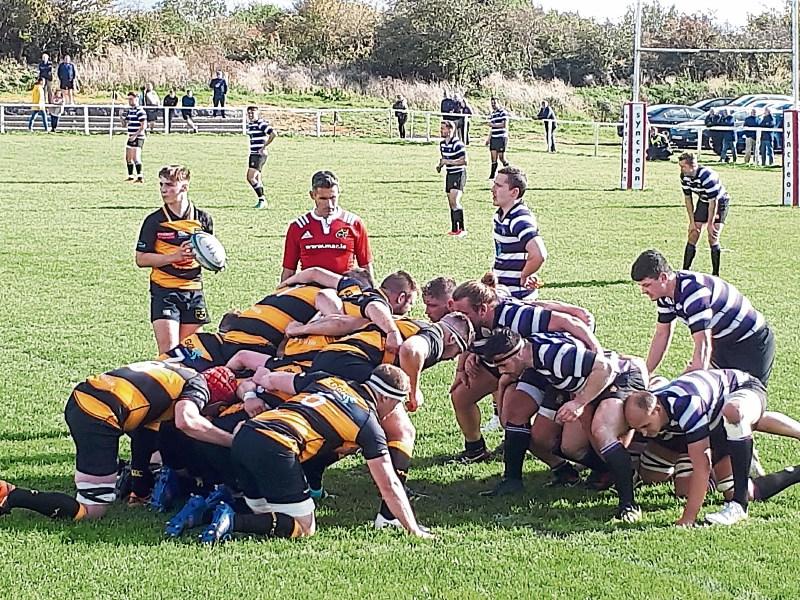 THERE were four Limerick wins on a dramatic day in the All-Ireland League when all five Divisions were in action.

Garryowen and Young Munster kicked off their campaigns in Division 1A with crucial home wins, but there was disappointment for Shannon who suffered defeat on their return to the top flight.

Garryowen, who trailed 3-13 during the opening half, rallied to be just three points in arrears at half-time, 10-13.

The game was tied, 20-20, late on only for a Dave McCarthy try and Peader Collins’ crucial conversion to guide the home side to victory, although the students hit back with a late try which went unconverted.

The ‘Light Blues’ scored three tries in all, with Darren Ryan and Jamie Gavin also touching down. The impressive Collins kicked two penalties and three conversions for an impressive 12-point haul.

Meanwhile, Young Munster impressed in the second half when easing past Terenure 22-5 before a large attendance at Clifford Park.

Munsters’ deservedly led 6-5 at half-time with two penalty goals from the boot of their New Zealand out-half Clayton Stewart.

The recently-arrived Kiwi play-maker added three more penalties after the break, before flying winger Daragh O’Neill, back in Munsters’ colours once again, sealed the win with a late try.

Promoted Shannon had to give way to hosts Cork Con in Temple Hill on a 27-7 scoreline, on their return to Division 1A rugby.

Tom Hayes’ Shannon side had led 7-3 at half-time with a try from Ty Chan which was converted by Jake Flannery.

Shannon failed to add to their points tally in the second half as Con racked up 24 unanswered points, including four tries to grab a bonus point.

Next up for Shannon is Friday night’s mouth-watering derby with Young Munster at Thomond Park.

Meanwhile, in Division 2A, UL-Bohemian bounced back in fine style from their opening day defeat when scoring an impressive 27-15 bonus point away win over Galwegians at Crowley Park.

The sides had been tied, 10-10, at half-time. UL-Bohs’ four tries were scored by Joey Conway and Niall O’Shea in the opening half, while James McCarthy grabbed the bonus point try after Joe Murray had earlier dotted down.

Also in Division 2A, but on Friday night, Old Crescent were unable to make it back-to-back wins as they suffered a 20-34 defeat to Cashel at Rosbrien.

The Tipp side led the Munster derby 17-14 at half-time. Val McDermott scored two tries for Crescent, while Ronan McKenna added 10 points with the boot, two penalty goals and two conversions.

In Division 2C on Saturday, Bruff thumped City of Derry 45-15 at Kilballyowen Park.

Bruff led 12-10 at half-time with tries from Liam Barrett and Kevin McManus and the home side scored five further second half tries to put the visitors to the sword. Cillian Rea, Tom O’Dwyer, Eamon Costelloe, Paddy Cleary and Cian Tierney scored second half tries for Bruff, while Tony Cahill kicked a total of five conversions.

Also in 2C, Thomond’s bid for back-to-back wins came unstuck when the Limerick side fell to a heavy 39-10 defeat to Bangor.

The Thomond points came courtesy of a try, penalty and conversion from talented out-half Evan Cusack.