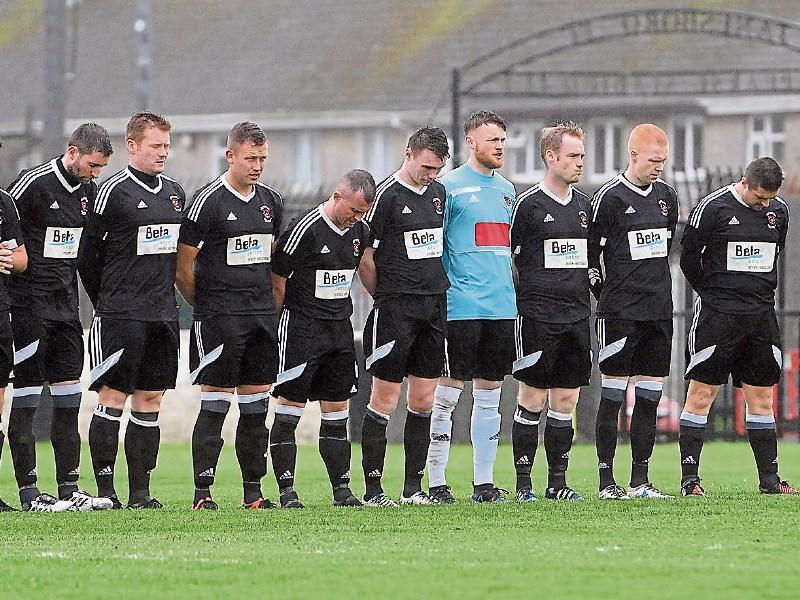 Janesboro kick off their Munster Champions Cup campaign with a home tie against Rathkeale at 2pm on Sunday afternoon.

Aidan Ryan and Shane O'Hanlon have guided 'Boro to 11 wins and one draw from 12 starts this season and with the personnel in place on and off the field the sky is the limit this season.

The management team are clever enough to keep the players grounded and Sunday gives them the first taste of competitive action from teams outside the LDL jurisdiction.

Keith Harnett, a long time tormentor of 'Boro is back with his home club and enjoying his football immensely.

He has coaxed Mike Lyons and Shane O'Doherty former Regional Utd players to join them while Pa Aherne after a short stint with Pike Rvs has returned to the fold.

For all their merits Rathkeale will not have faced a strike force as potent as Janesboro's and it remains to be seen how they cope with such a force.

Jason Purcell and Stewart Fitzgerald have been quietly going about their business of rebuilding at the Fairgreen and their efforts are beginning to bear fruit.

Following their season to forget last year Summerville are back on the pitch and are sitting pretty in fourth spot. The winners will meet Corbally in round three.

Joint Division 1B League leaders Coonagh Utd take on fourth placed Athlunkard Villa while Premier outfit Charleville will be expected to get another win on board as they visit Granville. Kilmallock welcome Nenagh's Bee string in the remaining game.

There are two games fixed in the PJ Matthews Premier League. Nenagh AFC and Ballynanty Rvs are eight and seven points respectively behind leaders Janesboro so a win for either would take them right back into the mix.

Nenagh were bitterly disappointed to have squandered a late lead against Carew Park last weekend and will be desperate to put it behind them.

Balla continue to strengthen and will be hoping to parade their new signings Joel Coustrain and Clyde O'Connell.

The other game is a real relegation six pointer. Without a point on board Holycross host a Moyross side just four points ahead of them, knowing they need something from the game to avoid a six point gap to safety opening up at this early stage of the season.

Division 1A League leaders Prospect travel to take on Castle Rvs while second placed Cappamore welcome Corbally Utd, both boosted by wins in the MFA Cup at the weekend.

Geraldines, just outside the promotion spots welcome Mungret Reg while bang in form Murroe take on Knockainey. Aisling B, still without a win travel to Fairview Rgs B.

In Division 1B Shelbourne have a chance to take outright lead when they host Regional United B. Level with Coonagh at the top of the table Shelbourne's game in hand gives them the chance of opening a three point gap.

They meet a Regional side buoyed by their progression in the Munster Junior Cup will provide a stern test if they field a full side.

Tonight (Wednesday) the Tuohy Cup continues with an exciting game on offer between Regional Utd and Fairview Rgs at 7.00pm in Jackman Park.

Regional recorded a 4-1 win earlier in the season but Fairview have regrouped since and they will provide a better test this time out.

Regional's win over Charleville last weekend leaves them just two points behind Janesboro at the top of the table and they will be keen to keep their winning form intact.