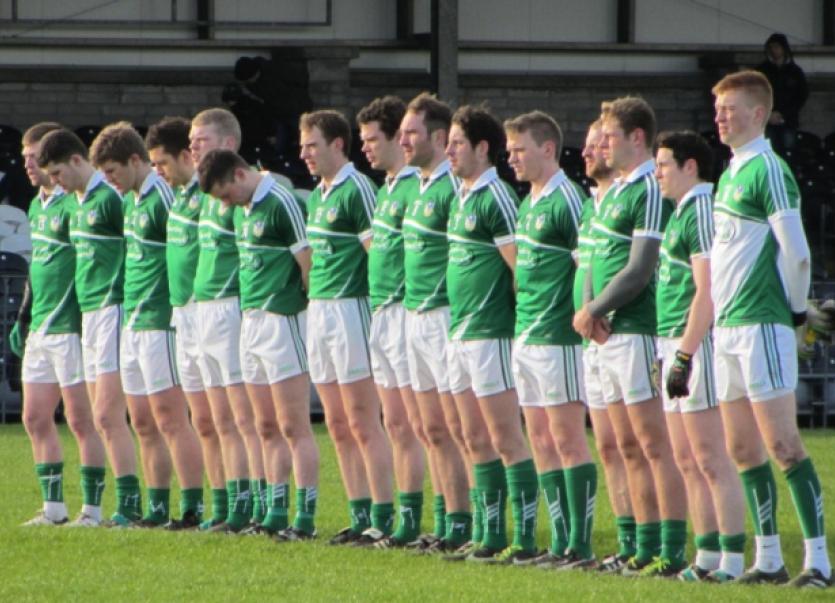 THE Limerick senior footballers have made two changes to their team for Sunday’s National League clash with Wexford.

THE Limerick senior footballers have made two changes to their team for Sunday’s National League clash with Wexford.

Stephen Lucey is back in the senior team.

Lucey was used as a first half sub in the loss to Roscommon and holds his place at centre back for Sunday’s Division Three National League game against Wexford.

The game has a 3.00 start in the Gaelic Grounds - the second part of a double-header with the hurlers playing Wexford at 1.15.

Sunday will be Lucey’s first start in just over 11-months. He played in last April’s Division Four league final win over Offaly in Croke Park but was only used as subs in both championship outings against Cork and Longford last Summer.

He missed the opening league games this season but impressed in Kiltoom when introudced.

In attack, John Brudair and selectors have brought in Darragh Treacy at centre forward in place of Eoin Hanrahan.

Opponents Wexford lost to Cavan last weekend and make two changes to their team - both in attack.

Ciaran Lyng and Michael O’Regan are the new faces.