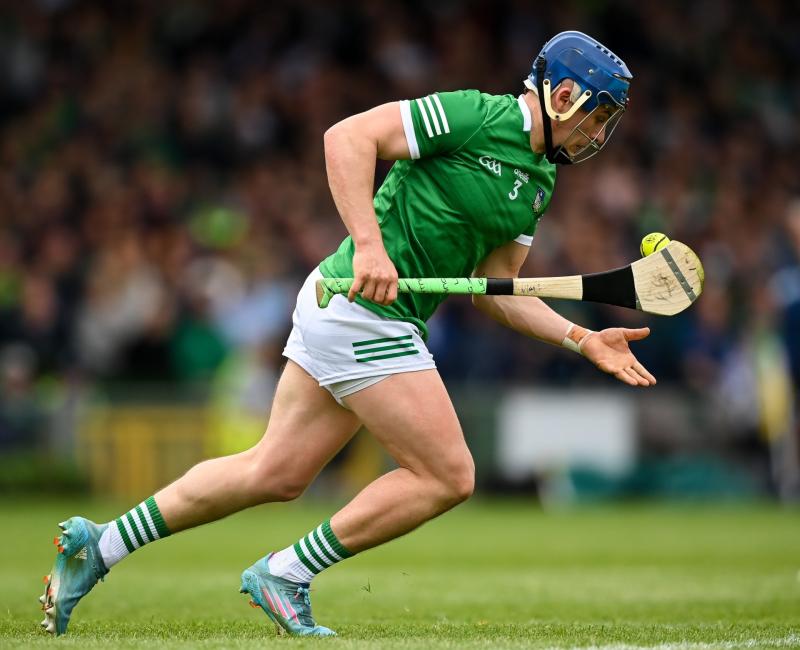 LIMERICK hurling hero Mike Casey has spoken of the personal pride of returning to the inter-county scene after two years out injured.

On March 20 The Na Piarsaigh full back played full back in the Allianz League win over Offaly - his first outing for Limerick since a league tie with Waterford on March 7, 2020.

That was Limerick's final league tie and Casey has remained in situ for the opening three games of the Munster Championship.

"I am just delighted to be out there with all of my best friends and just hurl for Limerick again," said Mike Casey after Sunday's win over Tipperary.

"It was a long hard two years for me - every time I get to put on the jersey I am just full of pride," he explained.

The 2018 All-Ireland winning full back, had worn the No3 jersey in four of Limerick's five 2020 Allianz League games when Covid-19 restrictions shutdown the GAA season. Then on October 11 2020, Casey suffered a cruciate ligament injury in a challenge game between Limerick and Galway ahead of the inter-county championship resumption.

One month later he underwent a cruciate ligament operation on his right knee in the Sports Surgery Clinic in Santry. In the Summer of 2021, Casey was back in full training with Limerick and but that July he suffered a setback in a comeback game with his club. He again battled back to fitness but last Autumn he suffered another setback in his knee rehab and in December underwent another a third operation in the Sports Surgery Clinic in Santry.

With that injury nightmare now in the past, Casey was the Bord Gais Energy Man of the Match in Limerick's win over Tipperary.

"We knew Tipp were coming here with nothing to lose and it was always going to be a massive battle and we could only focus on ourselves. Tipperary are a hurling county - full of pride and they were going to come and give it absolutely everything and they did that," he explained to RTE television when accepted his MOTM award.

Limerick trailed at half time and the defender explained what was the message from the dressing room?

"Settle on the ball. We have been here before and done it, so we know what it takes. We needed to settle on the ball and go back into our groove - we were maybe trying to do a bit too much at times," he outlined.

Limerick were firm favouries to overcome Tipperary and indeed to lift silverware this Summer but Casey insists they try to avoid such talk among supporters and in the media.