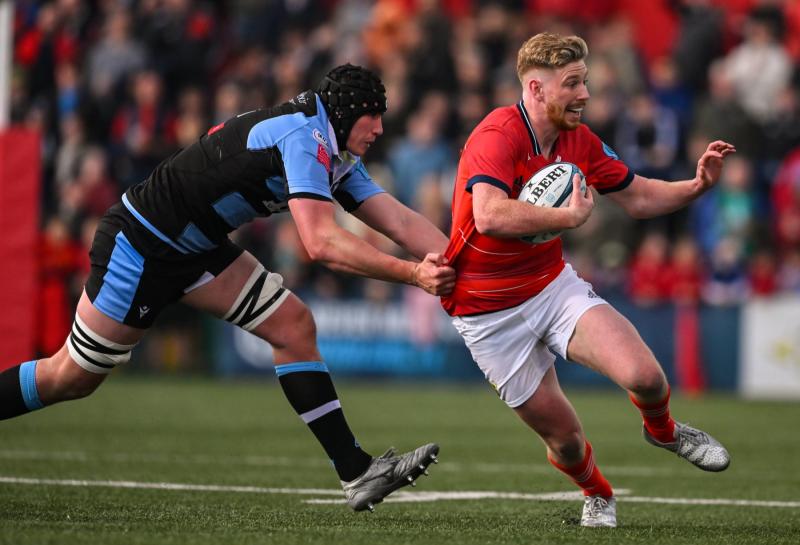 MUNSTER Rugby scored a precious 42-21 bonus point win over Cardiff in the United Rugby Championship before an official attendance of 7,325 at Musgrave Park on Friday night.

Full-back Mike Haley, who was awarded the Man of the Match accolade, and replacement scrum-half Craig Casey bagged a brace of tries each as Munster secured a maximum five-point haul to move up to second place in the crowded URC table.

The victory ensured Munster's place in the quarter-finals of the URC with one regular season fixture away to Leinster still to be played.

Munster have won their last six matches against Cardiff since the Welshmen’s 37-13 victory at the Arms Park in September 2018.

Indeed, Cardiff have not beaten Munster in Ireland since a 24-23 win at Musgrave Park in September 2016

The home side managed three first half tries, with full-back Mike Haley helping himself to a brace, while second-row Thomas Ahern also crossed the whitewash.

Out-half Ben Healy also added 12 points with the boot in that opening half.

Munster, who have lost just once to a Welsh opponent in their last 16 such encounters in the United Rugby Championship, added two further tries in the second half through replacement scrum-half Casey to seal a convincing win against a side which began the night in 14th place in the table.

Munster have just one regular season fixture remaining in the URC, an away date against Leinster in May.