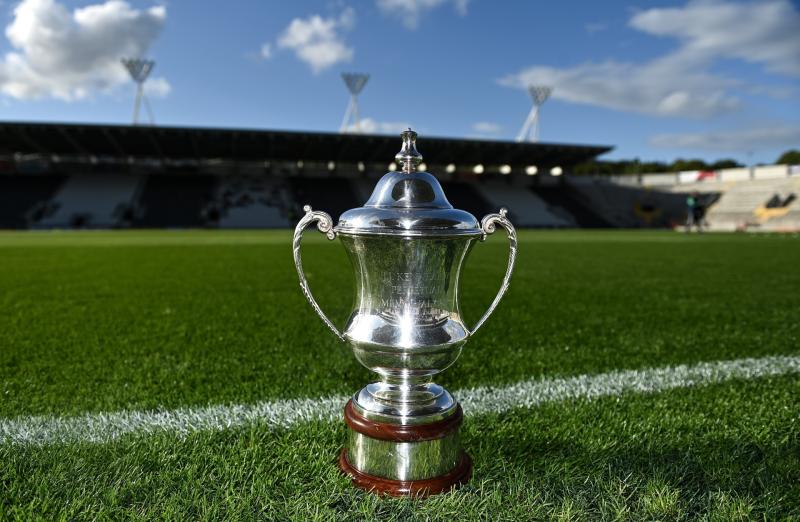 The provincial U20 final pits Limerick and Tipperary together in the TUS Gaelic Grounds this May 4 at 7.30 – a game live on TG4.

In the new format for 2022, the Munster winners will advance straight into a May 21/22 All-Ireland final against the Leinster champions, Kilkenny or Wexford.

Wednesday will be Limerick's 21st Munster final in the U20/U21 grade. The side in green have won eight finals - losing 12.

Indeed Limerick have emerged victorious in six of their last seven final appearances - the defeat coming in last year's decider.
This May 4 final will be the sixth time Limerick and Tipperary have met in the decider - the side in blue and gold winning in 1984, '89 and '90, while victory came Shannonside in 2001 and '02.

“It’s good to be back and it’s good consistency for this group - between minor and U20s this is the fourth Munster final for some of them like Adam English,” said manager Diarmuid Mullins.

“I think the lads are used to playing at this level but that doesn't mean they wont be nervous or wont make mistakes - that’s the nature of it and you don’t get as many opportunities to play minor and U20 as maybe a seasoned senior player does with National League or Championship games. Every game that we get at this level and we now have played three and will get four and hopefully we could get over that and get a fifth and that’s has to be good for the future for these guys,” outlined Mullins.

“Winning or losing at this level it’s good experience,” he added.

“I think we have improved and shown that when we get most things right we can be a match for most teams but it’s our consistency across the 60-65 minutes that we would be a little concerned about.”

He continued: "They are a great bunch of lads and everyone has trained and prepared really well. There isn’t time to make huge changes but the lads will rest and it’s all about being fresh and having whatever plan we want to put in place, ready. There are loads of things we need to improve on but there were loads of positives as well. The lads have shown over the three games that when we perform we can play really well. There is good spirit within this group as well."

"We are also trying to bring through lads who maybe will play U20 for the next couple of years as well on our panel. There are plenty guys chomping at the bit to get involved."

"It’s been a real test over the last two months with so many different injuries of players who were involved last year and could be this year so I am just delighted with all 41 of the lads and due to the rules they all can’t tog out which I think is disappointing. There is no reason why they can’t tog out and get the experience ahead of hopefully going on to play at senior level."