Limerick bow out to Waterford in the Munster minor hurling championship 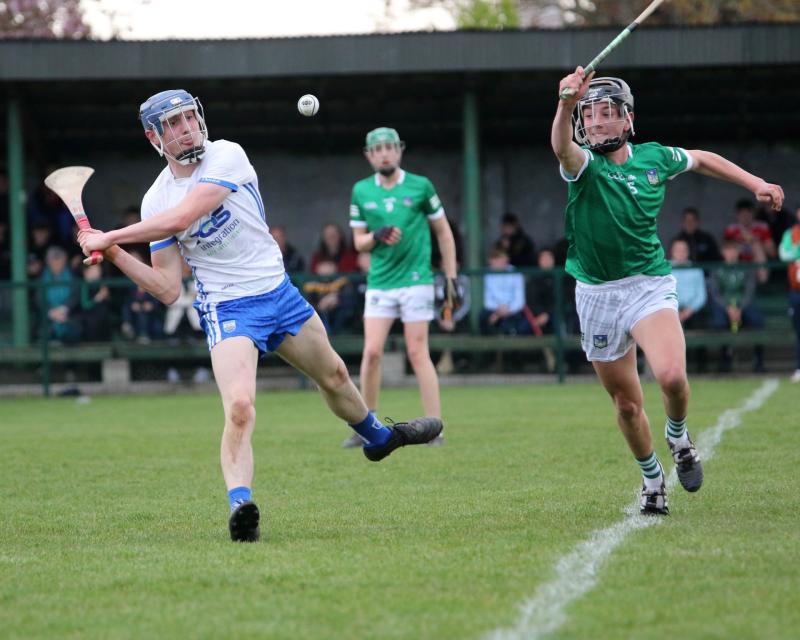 Limerick had lost to Cork and beaten Kerry in the group stages but were second best in this knockout tie with The Decies leading 2-8 to 0-4 at half time.

Credit Limerick they battled to the end and out-scored Waterford 0-6 to 0-4 in the second half but never found a run of scores or a goal to really trouble the side in blue and white.

Indeed across the hour, the Kevin O'Hagan managed Limerick U17 side hit 15 wides - two more than the winners, who had nine at half time compared to seven for Limerick.

Waterford, who had lost both group games to Tipperary and Clare, actually failed to score in the final quarter here but were 2-12 to 0-6 clear at that point.

Limerick finished with the final four points of the game.

It was the finish to the first half that was the real game changer.

Waterford had been on top for much of the opening half and had five points scored before the Limerick account was opened in the 14th minute.

That lead could have been greater but Fionn O'Brien denied Michael Morrissey a sixth minute Waterford goal.

When Ciaran McMahon got Limerick on the scoresheet they settled. Darren Collopy and Bradley Moran landed frees and all of a sudden it was 0-6 to 0-3 and 22-minutes played.

Limerick needed to keep that momentum but then lost concentration before half time.

Two minutes from the break, Waterford worked a short free and Peter Cummins broke through to crash to the net.

Before Limerick could settle, Waterford had a second goal, from Jack Twomey, to move 2-8 to 0-3 clear.

Limerick centre back Conor Frawley did surge up the field to reply with a late point but Waterford were 10-points clear at the interval.

On the change of ends, Fintan Fitzgerald and Collopy had Limerick points inside the opening minutes but then came another barren spell for the home side without a score.

Down the other end, Waterford were also missing chances but a run of points had them 12-points clear at the mid-point of the second half. They also went close to a third goal but Ben Murnane did well to get back on the Limerick goal-line for a last gasp clearance when Josh Hegarty looked likely to raise another green flag for the visitors to south Limerick.

Waterford weren't to score again but Limerick never really had them on the backfoot.

Collopy, Jack Daly, Frawley and Connery all landed late points but it's the exit door for Limerick, while Waterford play Tipperary and Clare play Cork in the Munster MHC semi finals next Tuesday.