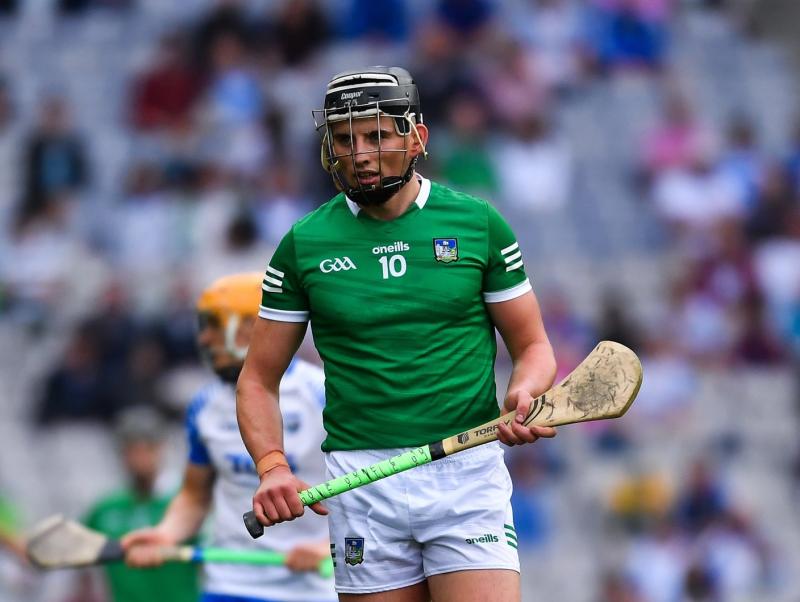 LIMERICK hurling star Gearoid Hegarty has appealed for a yes vote at GAA Congress this weekend for the motion to integrate the GAA, LGFA and Camogie.

The St Patricks clubman wrote an opinion piece for the GPA.

Hegarty details the varying reasons he believes the time is right for the GAA, LGFA and Camogie Associations to be under the one umbrella.

He also draws upon his experience as a secondary school teacher.

"I think it could be an incredibly powerful message. It could actually transcend sporting boundaries; the leading sporting and cultural organisation in Ireland (in my opinion the leading organisation in Ireland full stop) saying that men and women are to be treated equally from now on. In terms of the message that sends out about respect between boys and girls, it’s massive. That’s the way it should be and I’d be hopeful that the motion will get passed overwhelmingly. We’re in 2022 now, and there’s no reason for women to be treated differently to men in any walk of life including the games we all love," said Hegarty.

The 2020 Hurler of the Year explains some of the differences experienced by his girlfriend Niamh McCarthy, who played football for Dromcollogher-Broadford and captained Limerick for the last two years.

"Here’s just one example of what she has been through. Niamh won the intermediate football title in Limerick last year, qualifying for a Munster quarter-final. That game was scheduled for the same weekend as the Limerick camogie finals. A number of dual players were involved. They were told that they would have to make a choice and wouldn’t be considered for the camogie final on the Sunday if they played the football quarter-final on the Friday night. Imagine 21 and 22-year-olds being put in that position. Missing players, they lost the football game. That sickened Niamh as you don’t get too many goes at winning Munster. A lot of those girls have now gone to Australia so the likelihood is they won’t get another chance. The management teams involved were doing the best for the teams they were in charge of but ultimately it comes down to two separate governing bodies in the female codes. That wouldn’t happen in the men’s codes as a solution would have been found by the GAA," outlined Hegarty.

"These kinds of things occur too regularly. We saw it just this week where Slaughtneil from Derry and Sarsfields from Galway were taken all the way to Gorey in Wexford to play in an All-Ireland club semi-final. An All-Ireland semi-final! Who, first of all, is in charge of fixing the game? The Camogie Association, who were trying their absolute best, but who have to rely on the use of facilities from others. If there was equal access to facilities under one association that would not have to happen. I always come back to the point it would never happen on the men’s side and that’s not good enough in today’s society," he stressed.

"If you just look at a baseline of how women are treated compared to how men are treated there’s a massive chasm. That’s from fixture clashes to access to facilities to female players being asked to pay to play. They have to ask themselves; Can I afford it? It also permeates the minimum standards of care male and female players are exposed to. Niamh experienced the situation where there was no doctor or physio at training sessions. That, to me, is a disgrace. There needs to be at least one of those there every night. That’s a non-negotiable. I wouldn’t accept it at our training sessions," said Hegarty.

"I’m in a very privileged position. We are literally left wanting for nothing. We arrive to training and everything is laid out for us and all I have to do is turn up and get out on the field. Everything else looked after from basics like a nice hot shower to hot food to recovery shakes. There are physios there and a doctor. For our game days too, we literally just turn up. That’s the hardest thing we’re asked to do outside of actually playing the game. That’s really all a player should have to worry about but it’s not the case for my female counterparts. They don’t even know where they will be playing sometimes just days before big matches. It would never happen on the men’s side of things. That’s the major point that I always come back to. In this day and age, it’s not good enough to say things like that."

He concluded: "For all of those reasons I want to see the GPA motion for integration passed this weekend at GAA Congress".