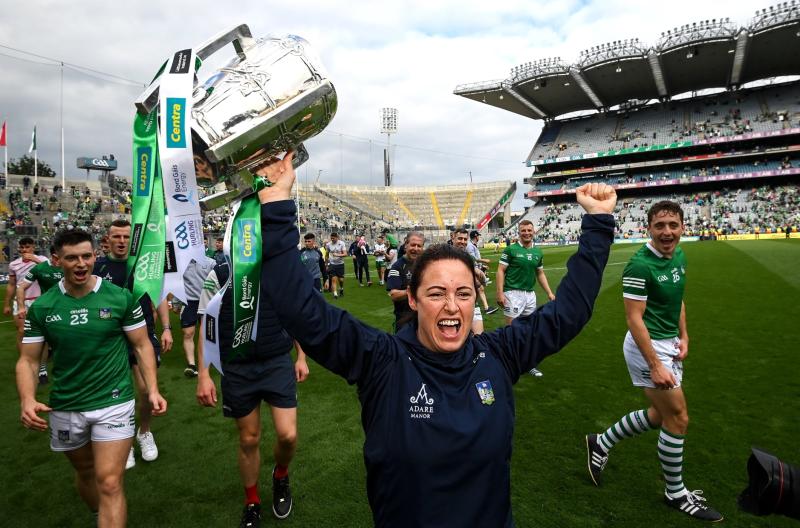 LEADING Performance Psychologist Caroline Currid is to continue working with the Limerick senior hurlers in 2022.

The Sligo native took up a full-time role with Munster rugby in the aftermath of Limerick's All-Ireland SHC final win last August leading to much uncertainty about her future involvement with the Limerick hurlers.

However, Currid was back with John Kiely's management team as Limerick began their Allianz Hurling League campaign this Sunday in Chadwicks Wexford Park.

The performance psychologist has been part of the John Kiely's senior hurling backroom team as Limerick won three of the last four All-Ireland SHC titles.

Since Limerick ended their 45 year wait for Liam MacCarthy Cup glory in 2018, the role of performance psychologist Currid has received much praise from players and management alike.

"The one lady amongst all men Caroline Currid, what she done for us the last five years is indescribable. Thank you, Caroline" said Limerick captain Declan Hannon in praise of Currid in his All-Ireland winning speech in Croke Park last Summer.

John Kiely also lauded Currid for her role in guiding Limerick as champions to successive titles in a post All-Ireland final interview.

"This year we managed to carry the tag much much better, we coped with it much better and that is a great reflection of the work that Caroline has done with the players," said the Limerick hurling manager.

Currid, a native of Sligo, made her name as one of the leading performance coaches across varying spectrums of Irish sport over the last decade. Her roles include varying All-Ireland GAA winning teams (2008 Tyrone footballers, 2010 Tipperary hurlers, 2011 Dublin footballers and Limerick).