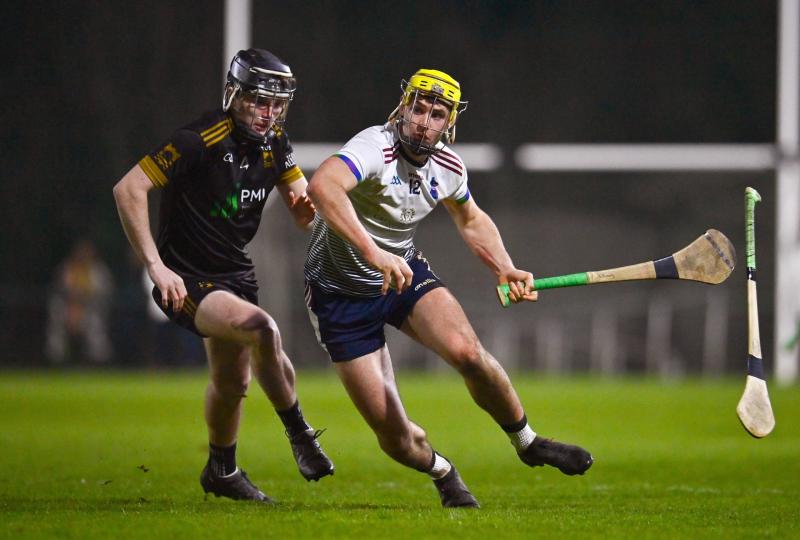 THE University of Limerick opened their Fitzgibbon Cup campaign with an emphatic 31-point victory over Limerick rivals TUS MidWest this Thursday evening.

Both sides have a remaining group game against TU Dublin.

UL, managed by Brian Ryan, had just one Limerick player in their starting team - Brian O'Grady in midfield. They introduced Rory Duff, Conor O'Grady and Mikey O'Grady as subs.

The opening exchanged were tight but then came a blast of three UL goals in as many minutes. Those green flags for Mark Rodgers, Sean Twomey and Gearoid O'Connor had UL 3-4 to 0-2 ahead and only 14-minutes played.

They lead at the first half water break was 12-points.

They were to add another two goals before half time - Rodgers completing his hat-trick.

UL were 5-14 to 0-5 clear at the break - Brian O'Grady with a fine point after soloing forward with purpose.

UL were to end with 11 different scorers and also hit 17 wides in this big win.

Michael Kiely and Niall Brennan increased their personal tallies in the second half as the home side eased to the win, with sub Conor O'Grady also on the mark with a late point.

In the final quarter a Billy Seymour penalty for TUS MidWest crashed over the crossbar for a point.