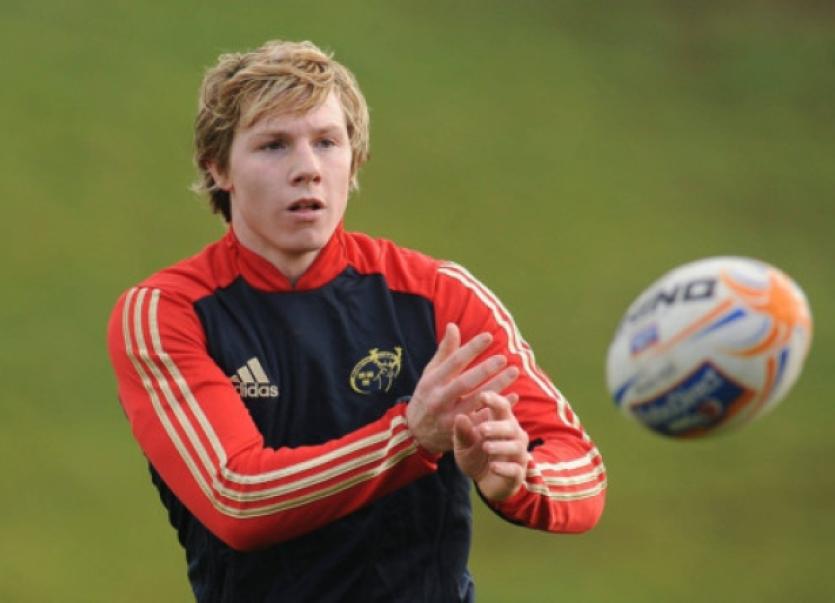 Munster’s talented young centre, Danny Barnes is to join the Newcastle Falcons on a two-year deal.

Munster’s talented young centre, Danny Barnes is to join the Newcastle Falcons on a two-year deal.

But he has not ruling out the possibility of a return to Munster in the future.

Twenty three-year-old who has been capped 34 times for Munster admitted it wasn’t an easy decision to leave the province for the newly-promoted Falcons and a new life at Kingston Park.

“It wasn’t by any means an easy decision for me to move because I’m a Munsterman and always will be,” Barnes admitted.

“But I feel I need to be playing as often as possible at the highest level I possibly can and after discussion with Rob (Penney) and Garrett Fitzgerald, we agreed that this move would benefit that ambition.

“ I am grateful for their support and encouragement and though I intend applying myself fully to Newcastle Falcons, I will harbour thoughts of returning to Munster at some stage in the future if the opportunity arises.”

Munster coach Penney added: “Given the composition of the Munster squad currently, we understand Danny’s reasons for looking to play elsewhere.

“Danny has been a very valued member of the Munster squad and contributed a great deal during his time here.

“We collectively believe that it’s in his own best interests to move to Newcastle Falcons where he can further develop his talent. He leaves with our very best wishes and we don’t rule out the possibility of him donning the Munster red in the future.”

Barnes becomes the seventh new signing for director of rugby Dean Richards, who led Falcons back to the Premiership via a play-off against Bedford.

“From talking to Dean it is clear that he has big plans,” Barnes said.

“After gaining promotion to the Premiership I am looking forward to testing myself on the big stage.”

Barnes made his Munster debut in April 2010.