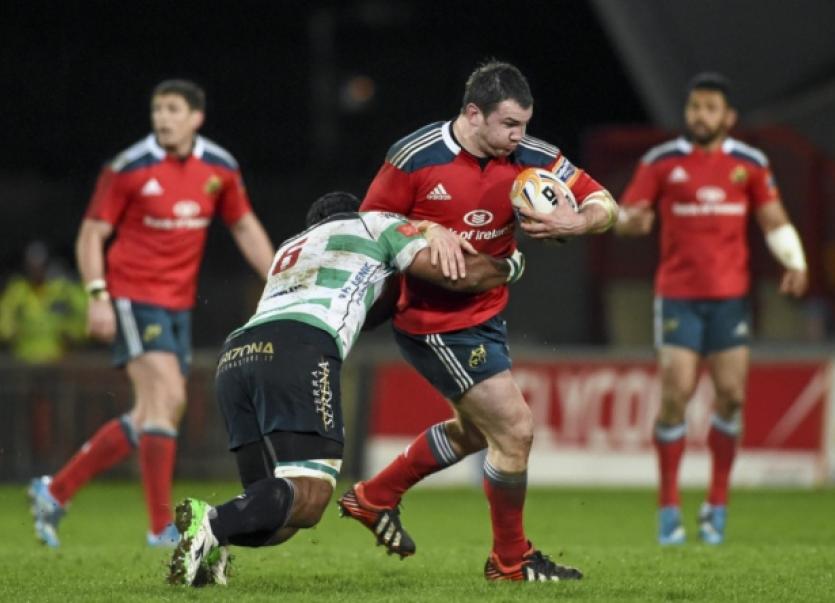 HOOKER Damien Varley insists Saturday’s glamour PRO12 clash with Leinster is the biggest derby game of the season and not a means for Munster players to prove a point in relation to 6 Nations squad selection.

HOOKER Damien Varley insists Saturday’s glamour PRO12 clash with Leinster is the biggest derby game of the season and not a means for Munster players to prove a point in relation to 6 Nations squad selection.

Varley said: “I see it (Leinster v Munster) as a clash of top of the table and number two in the table as it currently stands. The Six Nations is a different tournament and a different element completely.

“We’re focused solely on the fact that this is probably the biggest derby game of the season.

“It’s an excellent opportunity for us to really hone in on what we need to prepare for the following week. I think that’s all the squad is focused on.

“I think it’s pretty easy to get yourself mentally ready for a Munster – Leinster game. It’s always a great derby. It’s probably the best game you could have as preparation for the quarter-final the following week.

Varley played his first game for Munster in two months when lining out in Saturday night’s hard-earned PRO12 victory over Treviso at Thomond Park.

The 30-year-old is delighted to be back playing as Munster’s season reaches a critical stage.

Varley said: “I had a thing called plantar fascitis and I couldn’t put any weight through my left foot so it probably a very frustrating injury. I was hoping to be back for the Scarlets game and unfortunately pulled out after the Thursday at training so we’re trying to monitor the load that goes through it on a weekly basis.

“There’s always a fear that the longer it goes on, when you’re facing into a period like this, but I’ve been well looked after from a strength and conditioning point of view and a medical point of view.

“It probably worked out as well the way the structure of the league happened that I was given ample opportunity to.

“Obviously it was disappointing that I didn’t get the opportunity to play the Wolfhounds game so it’s a little bit frustrating that way, but ultimately our eyes are on the Heineken Cup and I’m back so it’s all good.”

Munster are set to welcome back 6 Nations winners Peter O’Mahony, Conor Murray and Paul O’Connell back into the squad for this weekend’s trip to Dublin.

O’Connell had been due to start against Treviso, but was withdrawn from the side due to a ‘slight shoulder niggle.’ Munster coach Rob Penney said the Ireland captain would be available for this weekend’s interpro clash.

Second-placed Munster trail leaders Leinster by two points in the PRO12 table with five series of games to go.