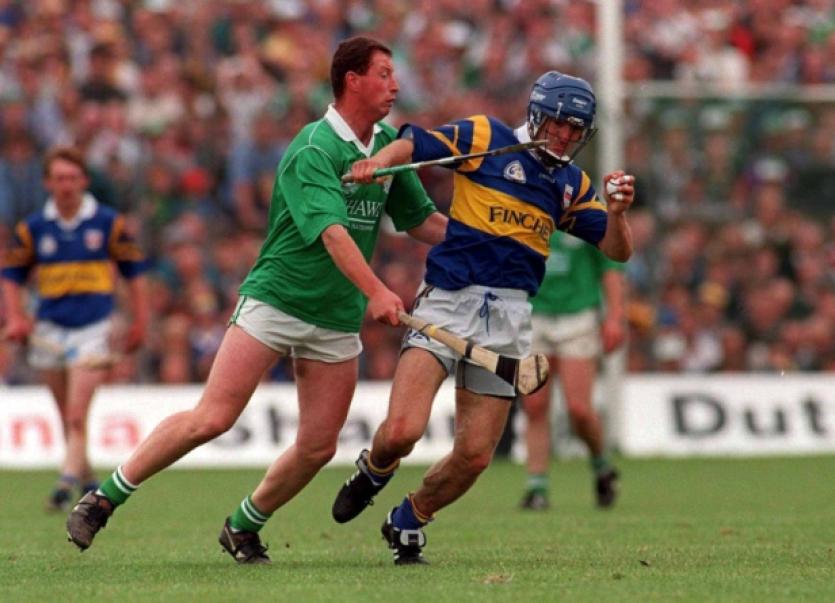 FROM the memorable final in Cork in ‘96 to ending the Thurles famine in Thurles in 2014, Limerick and Tipperary’s hurling rivalry is strong.

FROM the memorable final in Cork in ‘96 to ending the Thurles famine in Thurles in 2014, Limerick and Tipperary’s hurling rivalry is strong.

THIS semi final victory was Limerick’s first championship win over Tipperary in Thurles since 1973.

After so many near misses down the years it was almost poetic that Limerick struck late to secure victory in this Munster SHC semi final tie.

Watched by 24,962 Limerick made little of their 3/1 outsider tag. The victory for TJ Ryan’s men ensured back-to-back championship wins over Tipperary for the first time since 1995-96. Twelve months ago Limerick hit 1-18 to win by three points and this time round the men in green found 1-2 in the last three minutes to win.

No one could have forecast on June 10 what lay ahead three full terms of 70 minutes and two periods of extra time.

In four hours and ten minutes of hurling, the sides were level on 18 occasions, 47 players saw action in the Gaelic Grounds and Semple Stadium, scoring 125 times. Yet only one statistic matters. Limerick were victorious.

When Limerick lost the 2001 Munster Final to Tipperary no one would have forecast that it would be six seasons before they would win another provincial clash.

Not even the most imaginative of fiction writers could have scripted this epic. For this second replay, the official attendance was 30,608.

Richie Bennis’ side hit 12 wides in the course of the 70 minutes and despite dominating many positions but Tipp forced extra time.

Limerick won in extra time in a classic tie that will go down in history as the first time that three games and two periods of extra time were needed in the Munster SHC.

One of those missed opportunities for Eamonn Cregan’s Limerick in this Pairc Ui Chaoimh Munster final.

In the end it was late points from Brian O’Meara and John O’Brien that won Tipperary’s first title since 1993 as they made amends for a final loss 12-months previous to Cork.

Early on, it looked as if Tipperary would ease past Limerick as they raced into a 0-6 to 0-2 lead. Limerick responded with a goal from Sean O’Connor.

The sides were level with five minutes to play but it was Tipp that won out.

A replay win that will always be remembered for Owen O’Neill goals on Leeside.