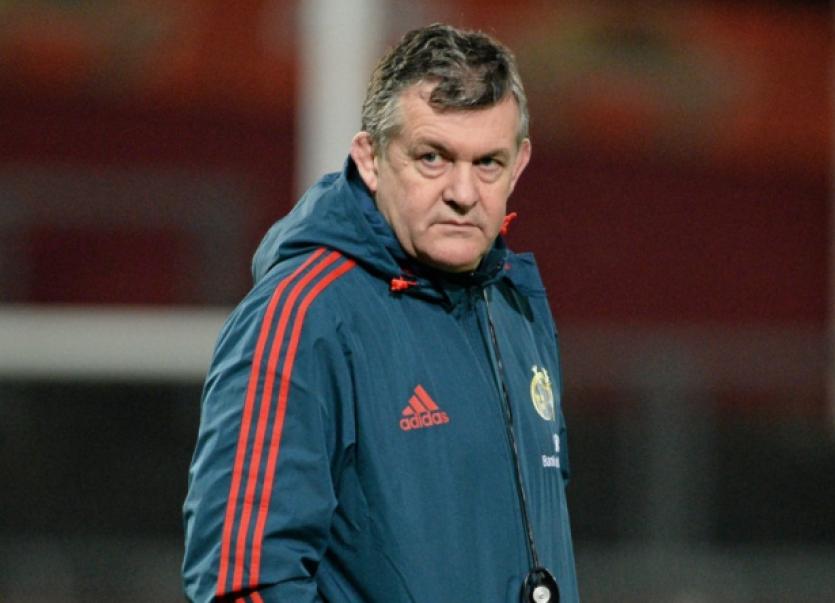 NIALL O’Donovan is set to remain on as Munster team manager for another season at least.

NIALL O’Donovan is set to remain on as Munster team manager for another season at least.

While the position of head coach has yet to be filled, Munster CEO, Garrett Fitzgerald announced this week that former Shannon and Munster star O’Donovan would be remaining on in his post for one more season at least.

Garrett Fitzgerald said: “Niall O’Donovan has agreed and will be staying on. We had agreed with all the others there’d be one-year extensions.

“Obviously we’ll review that now but Niall has agreed terms and will be here next year.

“Niall is a very important part of it given his experience and his knowledge of the young players and given what he brings to the overall thing. He’s a hugely important person and that’s why we concentrated on those two positions.”

O’Donovan was assistant coach with Munster up until the end of the 2001/02 season before moving on to the role of Forwards Coach with the Ireland Senior squad.

He has also acted as team manager and forwards coach to the Munster British & Irish Cup squad who contested the inaugural final and won the title in 2012 with victory over Cross Keys.