What the Sunday Game said of Limerick’s win 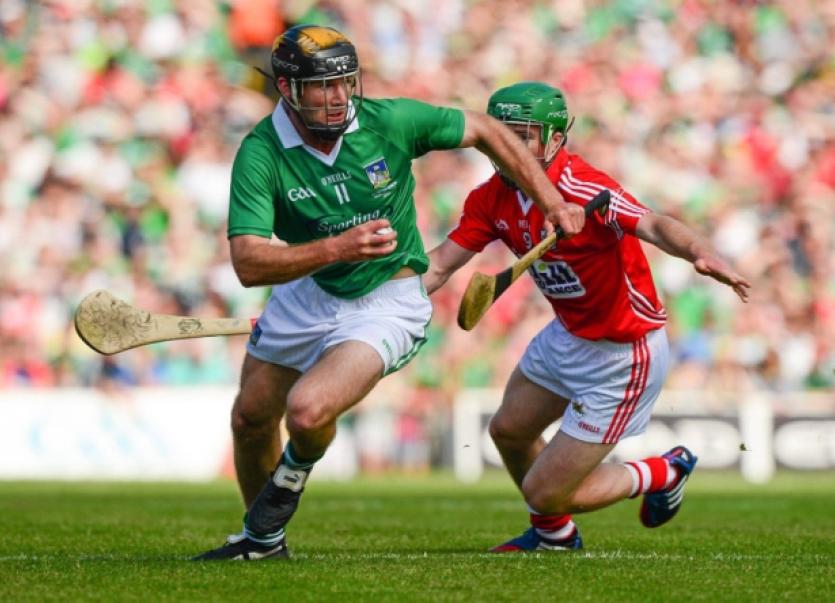 THE sending off of Patrick Horgan was the key turning point in Sunday’s Munster SHC victory for Limerick according to the Sunday Games pundits.

THE sending off of Patrick Horgan was the key turning point in Sunday’s Munster SHC victory for Limerick according to the Sunday Games pundits.

All three agreed that the dismissal was harsh - including Limerick’s Ollie Moran, who was making his Sunday Games debut.

“Unfortunately, and not to take from Limerick but it did have a bearing on the match,” said former Kilkenny star Eddie Brennan.

“At first viewing it not clear and the ref is in a decent enough position to see it. There is no force in that - he only has eyes for the ball and for me he was trying to get the ball,” explained Brennan.

“It wasn’t like he swiped in an uncontrollable manner - I thought he had eyes for nothing only the ball and was trying to control the ball - I think a yellow card was enough for that,” said Brennan.

“I think it was extremely harsh - I don’t think the intention was there, I know technically the referee can say he made the right decision but referees are encouraged to use their common sense. It’s definitely not Patrick Horgan’s form - I know him since he was a young man and if anything, you were trying to put a big of devilment into him for the last few years, he is definitely not that type of player,” outlined Cusack.

“Definitely not,” said the Ahane man with a shake of his head.

“In the context of the game it was a fairly free flowing match, obviously it had a huge bearing on the game afterwards,” said Moran.

The 2007 All-Star attempted to put into words what the Munster win would mean for Limerick.

“Today was a fantastic day and 17 years in the making - we left a couple after us in the interim but today that was sure elation and emotion of the Limerick people on the field,” said Moran.

“I am especially delighted for the older lads who are there for the last couple of years and eventually got their reward. It’s great for the county - even to have the minors in the final and they did really well and were unlucky not to win out and last week we had the Feile in Limerick and we really are on a crest of a wave at the moment,” said Moran.

He outlined how he feared the pre-match hype could have played a role.

“I was more nervous last week because I felt with all the hype I wondered could the lads under perform. In the first half they under performed but in the second half they came out all guns blazing and especially in the last 10 minutes they really were full of energy,” said Moran.

Donal Og Cusack offered no excuses for his native county.

“As a Cork man you are obviously disappointed - Cork haven’t won a Munster championship since 2006 but I suppose if you step aside from that its fairy tale stuff because they are after beating the two traditional counties to win the championship and it continues the story of the summer.”

Cusack played under current Limerick manager John Allen in Cork and was full of praise for his former manager.

“It’s a fantastic achievement for John - he was in charge of Cork the last time they won a Munster championship and its a tribute to him to go down to Limerick and do what he has done - there has been a steady progression over the last couple of years and from a hurling point of view, Cork’s loss has been Limerick’s gain,” said Cusack.

The trio short-listed Declan Hannon, Richie McCarthy and James Ryan for the Man of the Match award before confirming James Ryan as the worthy recipient.

“His work rate was serious today. A Tour de Force for the whole match - a tough fella who worked tirelessly for the team and chipped in with three points,” said Brennan of Ryan.