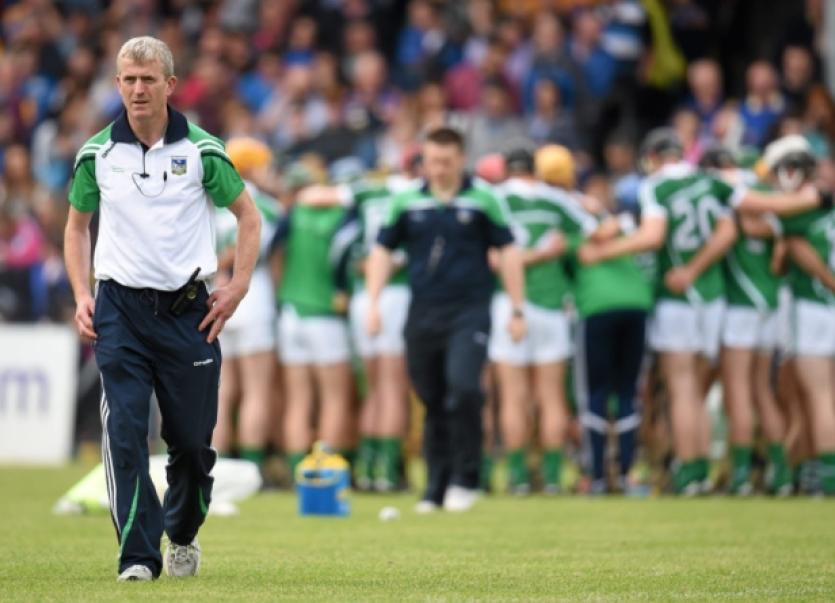 LIMERICK’S U-21 hurlers have no fresh injury concerns ahead of their All Ireland final.

LIMERICK’S U-21 hurlers have no fresh injury concerns ahead of their All Ireland final.

Kilmallock’s Robbie Hanley (shoulder injury) missed the semi final win over Galway and remains the only concern ahead of the September 12 final against Wexford in Thurles.

The teenager was in the half forward line against Clare in the Munster final but an injury picked up in training has kept him out of action since.

“Robbie has a s-joint injury and we are not sure how long that is going to take. He may return to training but we have to wait and see but that’s down to the medical advice we get,” said Limerick manager John Kiely.

Last weekend the vast majority of his 40-man panel were in club championship action and returned to inter-county training this week with just “a few lumps and bumps”.

Captain Diarmaid Byrnes (knee) and Gearoid Hegarty (ankle) were carrying knocks after the semi final but both lined out with their clubs last weekend.

The U-21 management had hoped that last weekend’s club hurling games could have been postponed but the SFC and IFC scheduled for September 2-3 were moved.

“It’s a pity the football matches ended up being the sacrifice but we do need a two week clear run to the final,” said the Galbally man.

“It’s very difficult and I do feel sorry for the football clubs but at the same time we needed the window for two weeks - we don’t get to too many All Ireland finals in the county and we haven’t won too many. We have an opportunity to go and stake our claim and to be the best we can and that’s all we want to do on September 12.”

Limerick’s fifth ever All Ireland U-21 final is set for a 7.00 start in Thurles in a game that will be televised live on TG4.

Ahead of the repeat of the 2001 final, the bookies make Limerick the 2/5 favourites.

“A lot of these guys played senior for Wexford last year and this year - they are a good side. It’s going to be a huge battle and we got to get ourselves right and be focused. I have no doubt that there will be moments in the game when both teams will go toe-to-toe with key battles to be won and we have got to be ready for that and I am sure they won’t be found wanting in that department either,” said the Limerick manager, who was a senior selector with John Allen’s Munster SHC winning side of 2013.

“It’s all about the performance on the day - we want to be as good as we can possibly be, the best we can possibly be and put ourselves out there to see if that is good enough and that’s what finals are about - getting across the line at the end of the day.”