Keatley and Cronin left out of Ireland squad 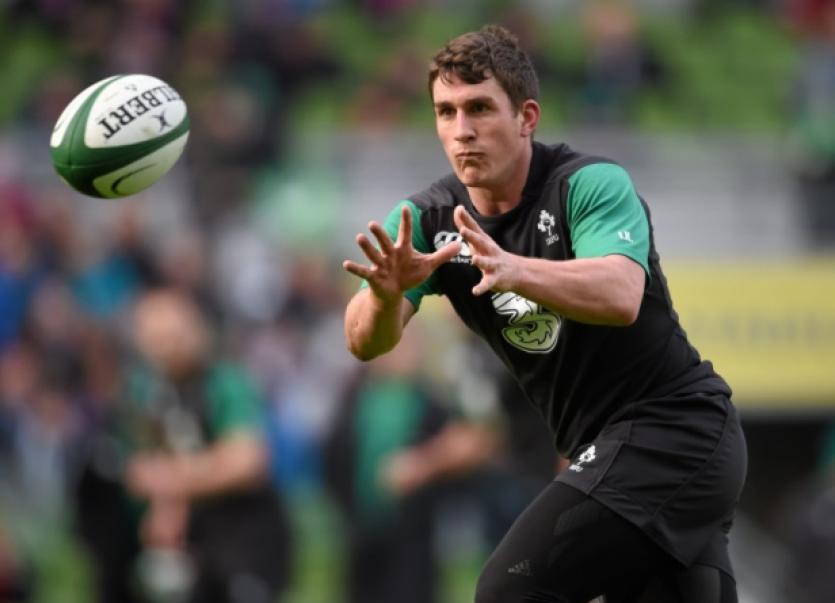 MUNSTER out-half Ian Keatley has been left out of the 45-strong Ireland squad which is beginning preparations for this autumn’s World Cup.

MUNSTER out-half Ian Keatley has been left out of the 45-strong Ireland squad which is beginning preparations for this autumn’s World Cup.

Keatley started Ireland’s 6 Nations opener against Italy in Rome last season in the absence of Jonathan Sexton and kicked 14 points in winning his fourth cap. However, Keatley is not named in Joe Schmidt’s training squad as the Ireland coach instead opted for a combination of Sexton, Ian Madigan and Paddy Jackson. Munster prop James Cronin is another notable absentee from the extended Irish squad which includes nine Munster players, including the fit-again Donnacha Ryan. The squad will be captained by Toulon-bound Paul O’Connell. The squad will be cut to 31 players on Sunday, September 6.