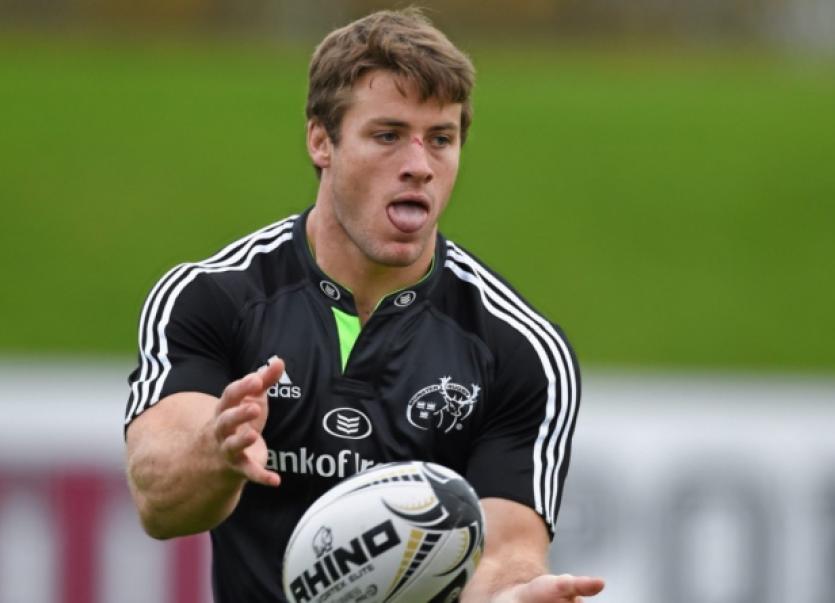 South African centre Howard, who has joined the province on a short-term three month contract, made his Munster debut off the bench in the province’s bonus point PRO12 win over the Dragons at Rodney Parade on Friday night last.

Howard said: “Gert Smal who has coached Ireland had contacts over here and he actually organised this (stint at Munster), so there are on off time (in South Africa) at the moment. They are just getting into pre-season at the moment so he said it’s the perfect opportunity now to go get game time and get more experience

“Having the boys back,like Paul O’Connell, Conor Murray and Simon Zebo, will be a big boost to the squad in general but it always is no matter what country it is.

“I haven’t met them yet and it would be nice to meet those guys. Paul O’Connell would obviously be world renowned in his own right as well as putting the fear of God into everyone.

“Everybody I talk to in Limerick or met here asks you ‘have you met Paul O’Connell?’ and it’s ‘what’s he like?’, so I haven’t met him yet so everybody wants to know about him.

“It is (my contract at Munster) until February, until Super Rugby starts again. I’ll be needed back for that as cover.

“I am sure that if things go well and negotiations go well maybe there’ll be a future in it depending on how things go.”