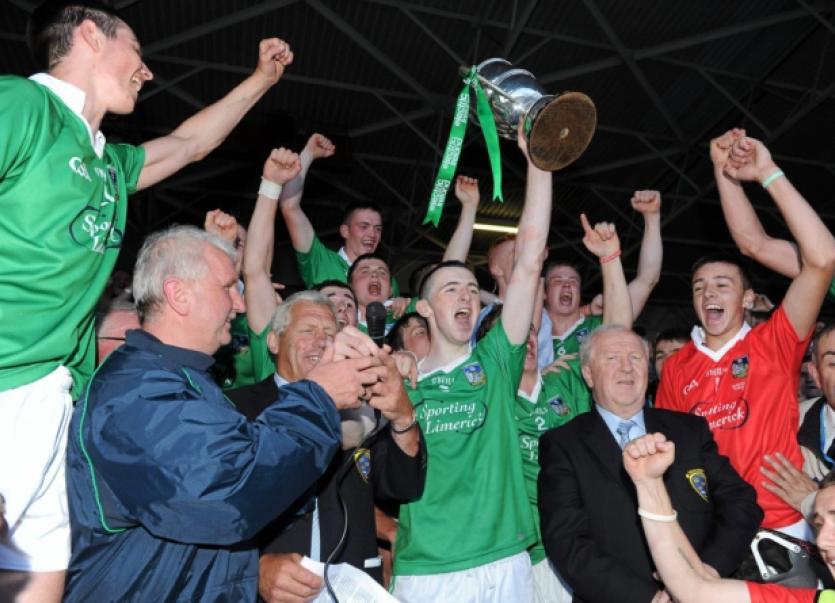 LIMERICK minor manager Brian Ryan has heralded his young charges after they ended a 29 year wait for a Munster minor hurling championship.

LIMERICK minor manager Brian Ryan has heralded his young charges after they ended a 29 year wait for a Munster minor hurling championship.

“We are delighted - it was an outstanding victory for the lads,” said a delighted Ryan after the 1-20 to 4-8 win over Waterford this Tuesday night in Semple Stadium in Thurles.

“We learned a lot from the first day and we made a lot of changes and by and large they worked. Waterford scoring 2-16 from play the last day and didn’t win it and it was going to be a hard ask for them to reproduce that - we learned more from the last day and I think that showed,” explained Ryan.

He continued: “Ronan Lynch has played centre back for Ardscoil before and we knew he was an option to come back and strength the backs and that’s where we had given away quite a number of scores in the drawn game - we felt that moved tightened up the backs. Tom Morrissey in fairness had two great games when coming on as a sub and deserved his day and he proved that tonight”.

“They were much more relaxed tonight,” said the victorious manager of his teenagers.

The thrilling three point win for Limerick saw the Shannonsiders complete the Munster senior-minor double for the first time since 1940.

Limerick bossed the game for long periods but were hit for goal after goal by favourites Waterford.

But excellent Limerick hit the last three points of the game to secure just a sixth ever provincial minor crown and a first since 1984.

The win sends Limerick directly into the All-Ireland semi-final.

The minors now look almost certain to provide the curtain-raiser to the Limerick senior All-Ireland semi-final in Croke Park on Sunday August 18.

The opponents for the minors will be either Galway or Laois, who meet in their quarter-final in Thurles this Sunday.

Limerick were roared home to success by the vast majority of the 6,532 attendance in Thurles this Tuesday evening. Such was the crowd that the game had to be delayed to allow all get into the stadium.

Limerick led 1-7 to 2-2 at half time with Man of the Match Cian Lynch goaling in first half injury time.

Waterford hit the front midway through the second half but Limerick hit back with 10-points in the final quarter.

Just like the drawn game in the Gaelic Grounds 10-days ago, this replay looked to be heading to extra time when Stephen Bennett completed his hat-trick with a 58th minute goal from a 21-metre free.

But brilliant Limerick hit the final three points for a dramatic win.