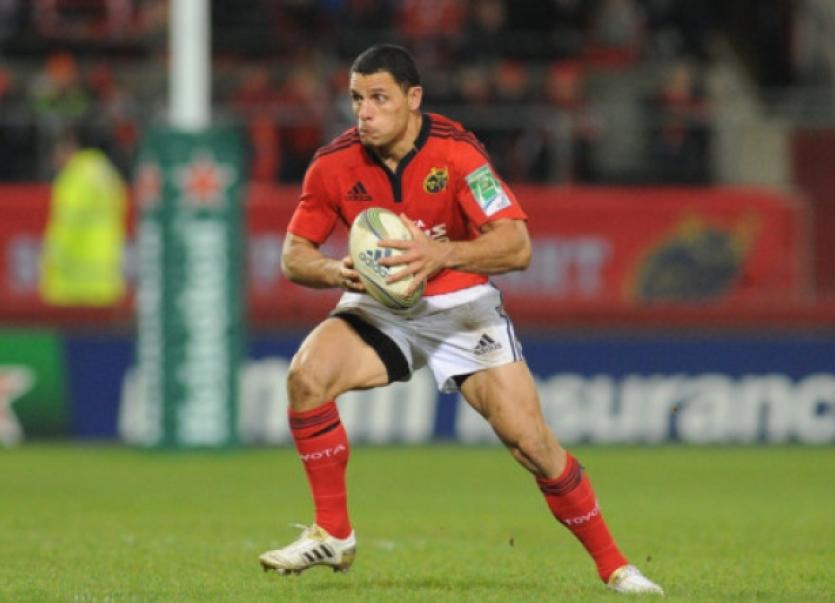 MUNSTER today announced that current squad captain Doug Howlett will retire from professional rugby at the end of this season.

MUNSTER today announced that current squad captain Doug Howlett will retire from professional rugby at the end of this season.

The decision was forced on the former All Black through injury sustained in the RaboDirect PRO12 game against Glasgow Warriors at Scotstoun at the end of March.

Thirty four-year old Howlett was in contract extension negotiations with Munster but hasn’t been able to play since because of the shoulder injury he suffered in the course of scoring Munster’s third try. He underwent surgery in a Dublin hospital earlier this month, but acting on medical advice will retire at season end.

Howlett joined Munster in January 2008 and played a key role in their Heineken Cup success that season. He won his 100th cap against Leinster in the October 2012 League game and ends his Munster career as their all-time second leading try scorer with 35 tries after five and a half seasons. He became just the second overseas player and the first back to be nominated squad captain at the start of the current season.

Howlett has intimated that he will remain on in Cork for the immediate future where he lives with his wife and three children.

Other departures from the current squad - besides Peter Stringer who remains with Bath, Marcus Horan who announced his retirement recently, Sean Scanlon (Rotherham Titans) and Sean Henry (Connacht) - include Wian du Preez who returns to his native South Africa, Scott Deasy and Christy Condon.

BJ Botha will continue on with Munster having signed a two year contract extension while Danny Barnes has not been re-contracted but is understood to have negotiated an opportunity to play abroad and news of that will be confirmed in the coming weeks.